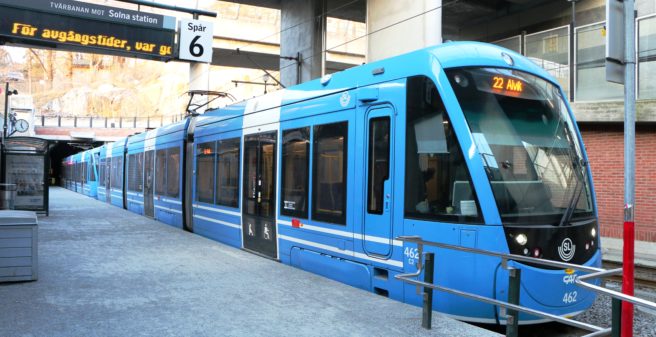 Spanish CAF group signed an agreement with SL AB (Storstockholms Lokaltrafik), the local entity responsible for Stockholm’s transport network, to extend the framework contract for supply of trams to the city. This new contract is for the supply of ten additional units to complement the previous ones manufactured by CAF, which are already operating in the Scandinavian capital.

As part of its scheme to develop its sustainable and demand-driven transport model, Stockholm awarded CAF a contract to supply 15 trams in late 2010 which included anotion for up to 121 further units. 27 of these were firmly ordered over the past few years. Out of the total of these 42 units, 33 are three-section units for use on the tangential Tvärbanen, the Nockebybanen and on the city tram route Spårväg City where they will replace Bombardier Flexity tramways in the future. In Stockholm the three-module series are called A35, while the 9 four-module units are branded A36 – they are used exclusively on the single-track light rail Lidingöbanen.

The 10 new tram on order are again 80% low-floor, bi-directional units, which are also part of the Urbos platform. They are made up of 3 modules, providing an estimated capacity for 221 passengers. They are also equipped with modern comfort and safety systems, and have been specifically adapted to the sometimes harsh weather conditions in Sweden. The additional vehicles are needed for an Tvärbanen branch line extension to be opened in 2021 (Brommen airport) and further on to Helenelund in 2023. For a map see: