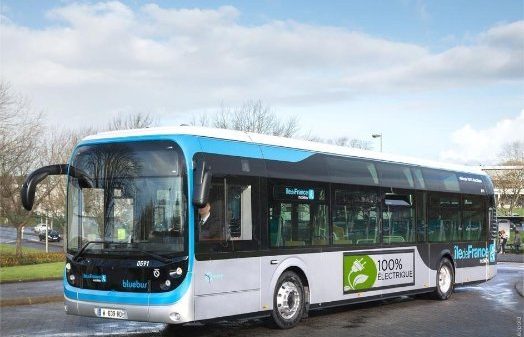 Bolloré, a French bus manufacturer has been selected for supplying 50 e-buses to the Paris transport operator RATP. The procurement which as has a value of 133 million euros, is financed by the Land Transport Authority of the Paris region, Île-de-France Mobilités. The duration of the contract is fixed at 2 years and includes a first firm order of 50 Bluebus 12M with a length of 12 meters. RATP’s tender is part of a large e-bus procurement over the upcoming years. RATP plans to put nearly 800 electric buses into service in the upcoming years. The project with a volume of almost €400-million has been launched in January 2018. The order will be divided into 3 batches consisting in firm order and a framework agreement of two years and a maximum amount of €133 million each. The first order of approximately 150 vehicles, distributed over the three equal batches with the e-bus suppliers HeuliezBus with its’ GX 337, Bolloré with the Bluebus and Alstom with its’ Alstom Aptis, has now been launched.

Bolloré’s bluebus will be manufactured in Brittany, France, at Ergué-Gabéric where the Bluebus and Blue Solutions factories are located. On the same industrial site the batteries (as well as their cells) are produced. The Bluebus 12 meters is labeled “Origine France Garantie”, for both the bus and the battery.

The Bluebus 12M has a capacity for up to 109 passengers with a battery range of up to 320 kilometers provided by six LMP (Lithium Metal Polymer) batteries. Bolloré launched its’ Bluebus in 2015 and a first batch of buses is already in service on 341, then on the bus lines 72, 115 and 126 in Paris.

Bolloré is a French conglomerate with activities in the paper, energy, plantations, logistics and bus sector with the headquarters in Puteaux, on the western outskirts of Paris, France. The company employs 28,000 people around the world.