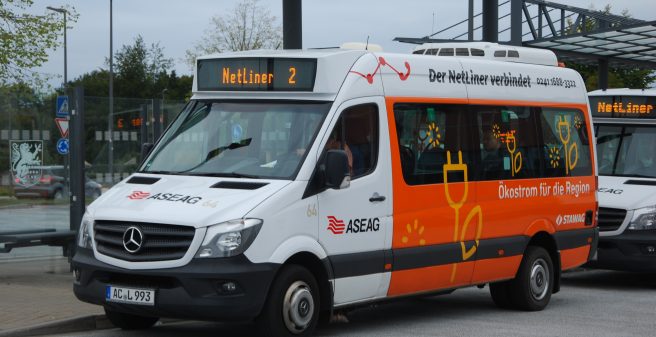 ASEAG is offering an interesting new on-demand bus service in the small town Monschau and in the southern suburbs of Stadtteilen Broichhausen, Lichtenbusch, Schmithof, Sief and Walheim together with a branch line Schleckheim Kapelle.

Marketed as „Netliner“ three minibuses operate in Monschau without fixed time table, purely on demand, and they have to be booked 30 minutes in advance. However, they stop only on predefined locations, like ordinary bus-stops. Therefore it is not a door-to-door service, like a taxi. It connects with the interurban bus routes 66 and 82. The operation had started in Monschau already in December 2016, while the Aachen South servie begun on 9 June 2019.