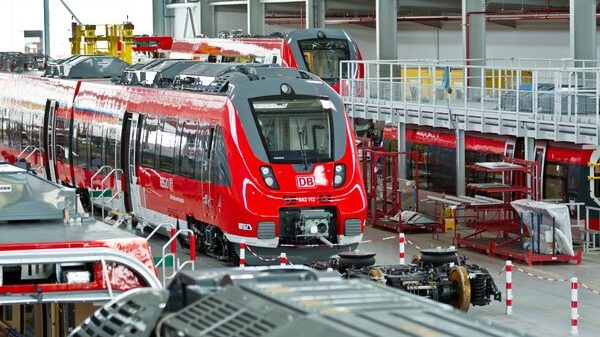 Talent 2 regional train in Hennigsdorf near Berlin I © www.vml-bb.de / Bombardier

On Wednesday, 8 July, Alstom’s shareholders met to decide on the planned acquisition of Bombardier Transportation. As the EU Competition Commission has a say in such large company takeovers, it is very likely that Alstom will be obliged to give some commitments. The deadline for the European Commission’s statements ends on 16 July. Alstom already communicated its proposal for concessions today (9 July) which is intended to prevent the future group from becoming a monopoly.

After initial discussions with the European Commission, Alstom announced its intent, in coordination with Bombardier Transportation and the Caisse de depot et placement du Québec (CDPQ), to submit commitments to respond to the Commission’s potential concerns.

The proposed commitments include:

According to news reports published earlier this week, market analysists expect a very strong market position by Alstom after the acquisition of Bombardier Transportation which would have led to a close to 100% market share in France and approximately 70 % market share for regional trains in Germany. Original fears that the Alstom site in Salzgitter and the Bombardier sites in Bautzen and Görlitz, where trams and double-decker cars are produced, have so far not materialized. The Saxon state government in particular has already announced support in the form of a planned guarantee for the plants in Bautzen and Görlitz.

The contemplated commitments are subject to the European Commission’s approval. Closing of the acquisition of Bombardier Transportation remains on track for the first half of 2021 as we reported here earlier: