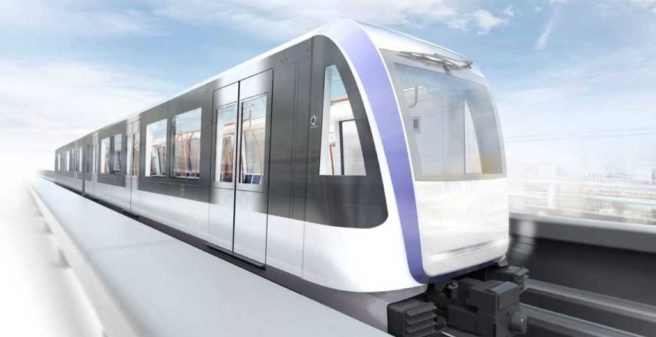 At the transport authority’s Committee meeting on 4 November 2020, the final choice for the driverless metro system for Toulouse’s 3rd line was voted in favour of Alstom. The overall cost of this contract is 713.56 million EUR excluding VAT. According to Tisséo, the cost is 18% less than the estimated amount.

In contrast to the existing small-profile metro lines A (opened in 1993) and B (opened in 2007) which were using the Siemens (former Matra) VAL technology with rubber-tyre 2.06 and 2.08 m wide vehicles, for the first time Alstom will deliver metro vehicles to the “Ville Rose” (the rose city as Toulouse is referred to due to its numerous brick buildings). The new Alstom metros will be steel-wheel metros with a width of 2.7 m. In the 2000’s, there were numerous plans to further extend the tramway system by using the 14 km tram line which is in operation since 2010. However a political change lead to the planning and implementation of the third metro line.

The the so-called Toulouse Aerospace Express (TAE) has been launched in 2017. The 27 km line will run in a rough semi-circle around the city centre and will connect important job locations and neighbourhoods such as the aerospace hub in Blagnac including the airport in the north, the northern quarters, the Matabiau central railway station and Montodran and Labège towards the south-east. 70 % of the line will run underground and it will serve a total of 21 stations. The line is expected to carry 200,000 passengers per day or 15,000 passengers per hour per direction (pphpd).

With a budget of 2.67 billion Euros, the 3rd metro line and Airport Express Line is the largest urban transport infrastructure programme in France along with the Greater Paris project. After the Declaration of Public Necessity (DUP, Déclaration d’Utilité Publique), preparatory works have already started in the second half of 2019.

These include ground exploration and archeological checks in order to prepare the actual tunnelling and infrastructure works. Project management is carried out by Systra, Arcadis ESG, Richez & Associes, Sequences and Taillandier Architectes Associés. The tendering process for the tunnelling and infrastructure works is currently being carried out and will start in 2022. A fixed inauguration date has not been given yet. Earlier press reports mentioned an opening date in 2025 which be revised in the future.

Alstom will deliver the fleet based on its proven Metropolis metro design. The number of trains has not been disclosed yet. Each train will consist in two cars only with a total length of 36 metres. The trains can be extended to a length of 48 m by adding additional cars. The trains will have a width of 2.70 m and will be able to run in a frequency of up to 1 min 25 seconds.

The tendering process started in 2018 and four suppliers were taking part. The final bids were submitted in June 2020. Alstom has been eventually chosen at the Bid Analysis Committee meeting on 3 November.