A driverless automated metro for Madrid 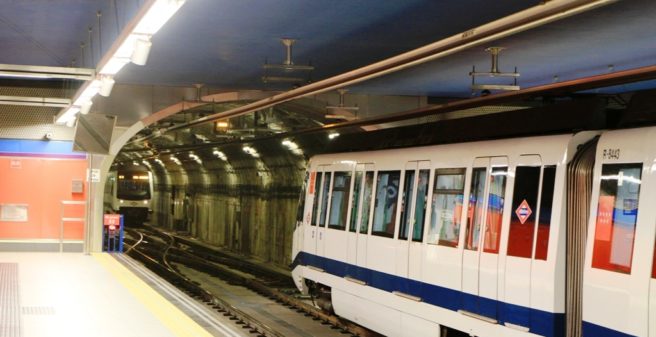 In the northern parts of Spain’s capital Madrid, one of the largest urban development projects in Europe is to come in the next few years: On former industrial sites and wasteland, including parts of the extensive rail infrastructure which will be moved underground and covered, a completely new district is being created. It will feature a mixture of office, residential and commercial development. After many years of discussion and re-design, the MADRID NORTE project will be characterised by a large number of open and green spaces; special importance is attached to the design of the urban space.

Smart City is the keyword, under which the traffic development is to take place in a different way than in previous new housing projects: Only 20% of mobility will be by private cars, and the street space and parking facilities will be designed accordingly.

On 11 May 2022, the regional government and the city administration announced that the public transport in MADRID NORTE will be mainly rely on a 3 km long, fully automated metro line with four stations and a high-capacity bus service using its new dedicated alignment physically separated from other traffic. Both systems are new in Madrid: although there is an extensive metro network, there is no driverless, automated operation anywhere yet. There are dedicated bus lanes at some points in the Madrid metropolitan area, but no real bus system using only separate, independent lanes according to international BRT standard (Bus Rapid Transit).

The new metro will operate as a shuttle service between Chamartín station, which is to be completely redesigned, and the northern terminus Fuencarral Norte, serving two intermediate stops. Chamartín is one of Madrid’s two major mainline stations, and here the new metro will also connect to most suburban railway lines („Cercanías“) and metro service 1 and 10. Just a few hundred metres away, there is another large interchange point at Plaza Castilla (metro lines 1, 9 and 10, “Intercambiador” to around 50 city and intercity bus lines). To go there as well as for onward journey to the city centre, passengers will have to change at Chamartín. Connection to the suburban train services Cercanías will be provided, too, at the intermediate station Fuencarral Sur on the new line and, in the future, probably also at Fuencarral Norte terminus.

Approximately 40,000 passengers are expected to use the new metro on weekdays. The inauguration is scheduled for 2029. The BRT bus line will run largely parallel, but with additional intermediate stops and with branches to the neighbouring districts of Las Tablas and Sanchinarro.

Total investment cost for the automated metro is expected at EUR 290 million. Other expansion projects of the Madrid metro network include lines 3, 5 and 11.