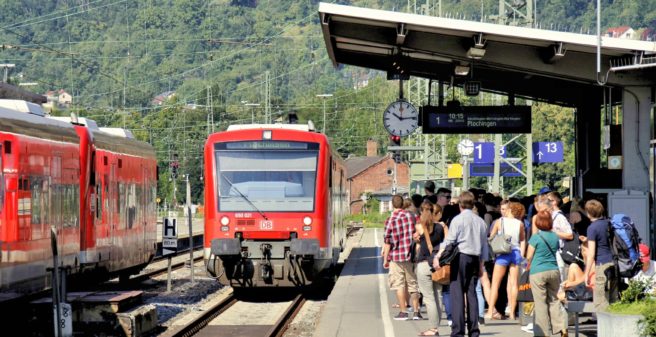 At the end of February, the Germany-wide association of Land Transport Authorities, BAG-SPNV, organized the yearly encounter the regional rail industry to Fulda in central Germany. This year the forum took place for the 20th time with record participant numbers – over 400 specialists took part in the event. The lectures and discussions centered on the topic “SPNV and climate goals – how the mobility transition can succeed” for measures for more quality in local rail passenger transport (SPNV), the better use of available capacities for more passengers and the use of vehicles with alternative drives.

Master plan for structural reforms in the rail system required

In her introductory lecture, Susanne Henckel, President of BAG-SPNV, called for a fundamental change in the rail system in Germany: “We need a master plan for structural reforms in the German rail system by the end of the year. Disruptive thinking not only has to be allowed, it has to be enforced”. This includes, in particular, an infrastructure company that is independent of the DB Group, a drastic reduction in rail infrastructure and station usage fees as well as the establishment of a project company for large infrastructure.

Dr Bernhard Knierim, author of several books on the mobility transition, made it clear why the climate goals can only be achieved if politicians focus on local public transport. The aim is to avoid, shift and improve traffic so that more people use public transport.

The presentations by Thomas Dill, division manager at VBB from Berlin Brandenburg, and Dr Henning Tegner, Managing Director of consulting company KCW GmbH, as well as the subsequent panel discussion with Dr Michael Vulpius, managing director of the private operator BeNEX GmbH, and Bernhard Wewers, managing director of NAH.SH. from Schleswig-Holstein came to a clear conclusion: transport contracts must “breathe”. Various mechanisms for adjustments and innovations, also during the contract period, should be used more in the future.

Better use of capacity

The second thematic block focused in the “How”. Despite the lack of personnel and limited vehicle and infrastructure capacities, more passengers have to be transported at short notice. Jost Knebel, Managing Director of private operator NETINERA, showed how his company is addressing the lack of train drivers, including by recruiting and training workers in collaboration with the State Railway School in Serbia. In addition to acquiring language skills, it is particularly important that integration in Germany succeeds. Matthias Fischer, Managing Director of NEOMIND, took a creative perspective and illustrated how the interior of vehicles can be designed so that more passengers can be transported in a pleasant atmosphere and how an interior can be changed flexibly and in a demand-oriented manner with just a few simple steps. Kim-Oliver Engelbach, Head of Capacity Management at infrastructure operator DB Netz, explained how smaller infrastructure measures can be used to provide more capacities for local public transport. In the subsequent panel discussion, Bärbel Fuchs, Managing Director of BEG from Bavaria, explained which approaches are already being implemented in Bavaria.

Alternative drives and the associated infrastructure are important components for quick, locally emission-free drive on the rails. Both battery and hydrogen-hybrid projects are currently being implemented in several German regions. Thomas Nawrocki, Head of Vehicle Management at LNVG from Lower Saxony, reported on the first experiences with fuel cell multiple units of the type iLINT in Lower Saxony. Saskia Schulz, Manager at Alstom, spoke about the development of the first stationary charging infrastructure for hydrogen and showed the potential for storing renewable energies in the new technology. Marcus Kliefoth, Head of Engineering Services at DB Energie, explained in how far so called “electrification islands” for the use of battery-electric trains can be used. The subsequent panel discussion with Ruth Niehaus, project manager at NAH.SH, and Heiko Noll, head of strategy at DB Netz, focused on the question of how the charging infrastructure necessary for the planned use of battery-powered trains in Schleswig-Holstein will be provided. All podium participants were confident that the good cooperation between all project partners will achieve this by December 2022, as planned.