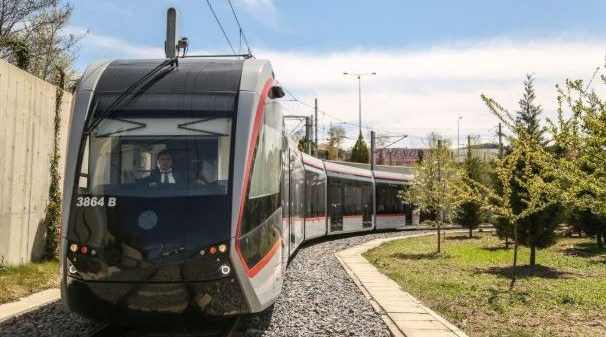 Turkey- and Germany-based tram- and bus-builder Bozankaya announced this week that it won a contract to deliver 16 trams to the Romanian city of Iași. The order has a total value of nearly 30 million Euros.. The first deliveries are expected 18 months after signing the contract, with an entire project duration of 34 months. The 16 low-floor metre-gauge trams will be 100 % low-floor and conist of five modules with a total length of 30 m.

The meter-gauge tram Iaşi has a network length of 82.6 km. It is one of the longest tramway networks in Romania. The public transport company CTP Iaşi currently operates eight tram lines with 55 stops. The fleet currently consists exclusively of second hand cars from Germany and Switzerland, including GT4, GT4-M from Stuttgart, GT8 from Augsburg, Be 4/4 + B4 and Be 8/8 from Bern, and ST10 and ST11 from Darmstadt. Also, several M6 cars from Mülheim/ Ruhr have also been taken over.

Iasi is the second tender after Timisoara that Bozankaya won in Romania this year. We reported about that order here: https://hosting129892.a2e10.netcup.net/en/bozankaya-delivers-16-24-trams-to-timisoara-romania/ Furthermore, there are two ongoing tenders in Bucharest that Bozankaya is bidding for: 100 electric buses and 100 trolleybuses.

The tram order for Timisoara is Bozankaya’s third tram order. The Germany- and Turkey-based company delivered 30 five-car low-floor trams to the Turkish city of Kayseri under a 42 million EUR contract. Until then, the company had only being producing buses, including electric and trolleybuses. For instance, Bozankaya is producing the Sileo electric bus which is also in operation in several cities in Germany. Bozankaya was founded in 1989 in Germany as an R&D company and expanded to Turkey in 2003 and has production sites both in Ankara, Turkey and Salzgitter, Germany.