Brussels: A new tram design for the anniversary 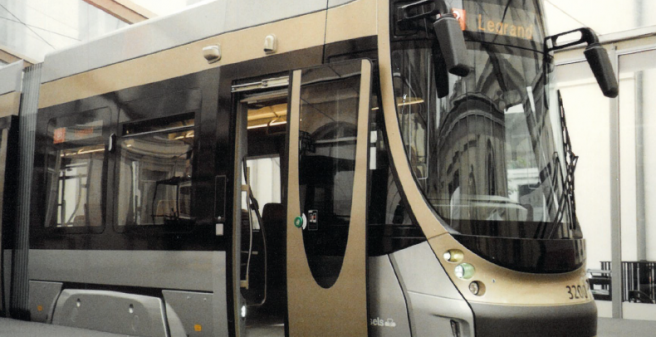 On 1 May 2019, the Brussels tramway became 150 years old. For this occasion the new tram design of the new Bombardier Flexity low-floor vehicles was presented by the operator STIB/ MIVB.

The kick off of the festivities of 150 years of the tram was given on 30 April 2019 at the House of the Region located rue Royale in Brussels, in the presence of King Philippe, the CEO of STIB Brieuc de Meeûs, the mayor of the City Philippe Close and the minister of the regional government Rudi Vervoort. The full-size mock-up of the “new generation” tram was unveiled on that occasion. It will remain visible until Sunday on Place Royale, next to a dozen historic vehicles which are exhibited for the 150 years celebration. In April 2018, STIB signed a framework agreement with Bombardier for the delivery of up to 175 low-floor Flexity trams. 60 trams for value of 169 million € have already been ordered.

Like the predecessor models T3000 and T4000, the new Flexity trams are will be designed by the Belgian designer Axel Enthoven. The new vehicles will start operation after a test phase from spring 2020 on and will progressively replace the six- and eight-axle PCC railcars of the 7700/7800 series (built in 1972) and 7900 (built in 1977/78).