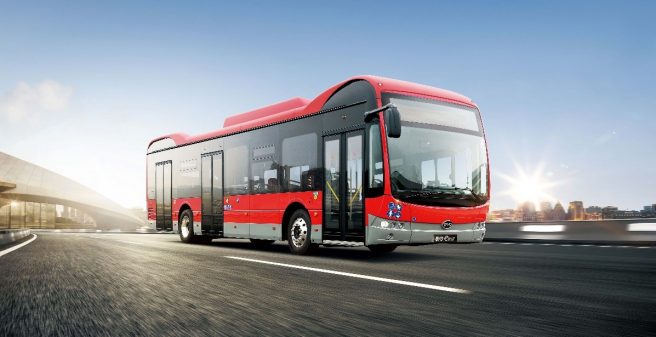 BYD has received its first order from one of Norway’s principal public transport provider, Unibuss. A total of 23 new 12 metre emissions-free, pure-electric BYD e-buses are scheduled for delivery in the second quarter of 2020 for operation on routes in and around the Norwegian capital, Oslo. So far, BYD has already received orders for over 200 electric buses in the Nordics.

The order follows another recent deal for BYD products in Norway – a total of 55 e-buses for the government-owned national rail and bus company, Vy, comprising ‘Class II’ 13 metre models, 12 metre models and 18 metre articulated models. The order marks one of the largest single deals for BYD from a European public transport authority.

The fleet order has been ratified at a special contract signing ceremony on 7 November 2019 in Oslo, with Øystein Svendsen, CEO at Unibuss, and Isbrand Ho, Managing Director at BYD Europe. The signing took place at the 2019 Zero Emission Conference in Oslo.

The new electric buses are 12-meter city buses with three doors and 31 seats. The battery capacity is 348 kWh and the buses will have a range of at least 250 km. The BYD buses will be charged overnight with a plug and fast charge via pantographs during the day. The buses are manufactured at BYD’s factory in Hangzhou, near Shanghai, China.

The purchase of the 23 new fully electric buses is an important step in the development towards a more emission-free society. Unibuss will open a tender to buy another 130 electric buses until 2025.

BYD is the world largest manufacturer of electric buses worldwide and in Europe. Only in Europe, over 1,000 e-buses are now in operation or on order– with customers from Scandinavia to Spain. BYD’s e-buses use Iron-Phosphate batteries.

Unibuss, formerly known as AS Sporveisbussene and Nexus Trafikk, is a subsidiary of the municipal public transport group Sporveien. Unibuss has been founded in 2003 to allow the company to compete for the public service obligation. In 2017 Unibuss carried 98 million passengers on 759 buses operating on a network comprising 203 routes.