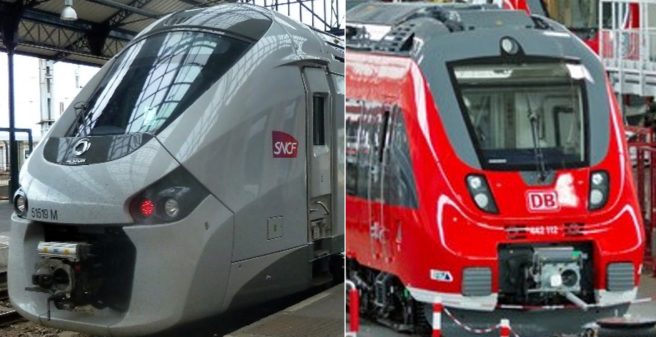 In approving Alstom’s takeover of rival Bombardier, the European Commission had imposed an obligation on what is now the world’s second largest manufacturer of railway equipment to divest itself of the Reichshoffen plant in Alsace as well as the Coradia Polyvalent and Talent 3 regional train platforms in order to prevent a monopoly position. As we reported earlier, Alstom had initially held negotiations with the small Czech manufacturer Škoda, but these do not seem to have been successful. This may have to do with the fact that in March 2021 Škoda’s owner, Petr Kellner, died in a helicopter crash in Alaska. The uncertainty at the top of the Czech group dragged out negotiations, forcing the European Commission to extend the deadline for the sale of the site. At the end of last year, the contract was now awarded to the Spanish CAF Group and a final takeover is expected by September at the latest.

CAF (Construcciones y Auxiliar de Ferrocarriles S.A.), with its headquarters and main plant in Beasain in the Basque Country, is thus taking over the Alsatian plant in Reichshoffen with its approximately 760 employees and an order backlog of around four years and expanding its presence in France. Since 2008, it has already owned a small plant with 120 employees in Bagnères de Bigorre, France, and is present on the French market with deliveries and orders for trams and intercity trains. To handle existing orders, the workforce there is to be increased to 400 by 2026. CAF, which emerged in 1917 from a factory founded in 1860, has developed rapidly in recent years and is now the world’s seventh-largest manufacturer of railway equipment with a turnover of around €3 billion. In addition to vehicles for mainline railways, it is particularly present in the local and urban transport sector and, with the acquisition in 2018 of the Polish bus manufacturer Solaris, can cover the entire market in the urban transport sector. CAF is present in 40 countries with plants and representations.

The Coradia Polyvalent product platform, now newly incorporated into CAF’s portfolio, has been built for the French SNCF since 2011 under a framework agreement for 1000 three- to six-car trains. Including smaller export orders, around 400 units have been called off and delivered so far. They operate for SNCF under the designation Regiolis and are built at the Alsace site. The fuel cell version using the Coradia Polyvalent platform, on the other hand, is offered as a consortium of CAF and Alstom, with Alstom retaining control of the hydrogen part. Further vehicles of this design are to be built in Reichshoffen.

The Talent 3 electric multiple units developed by the former Bombardier in Hennigsdorf, Brandenburg, Germany, and ordered for Austria and Germany, will be finished by Alstom in Germany. With the transfer of the rights, CAF would probably handle further orders in Reichshoffen and about 25 employees from Hennigsdorf are to be taken over for this purpose.