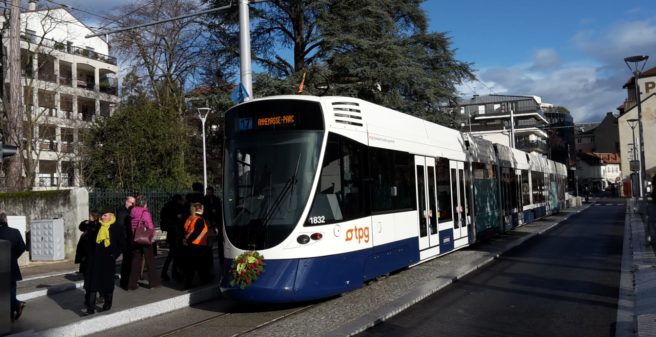 Another cross-border tram line between the European Union and neighbouring country started revenue service on 15 December 2019: the extension of Geneva’s tramway from its previous terminus at Moillesulaz crossing the nearby border and onwards to the centre of the neighbouring French town of Annemasse, at a distance of almost 2 km. The new terminus is at Annemasse-Parc Montessu, and there are three intermediate stops. Line 17 is extended into France to Annemasse-Parc Montessu, while line 12 still has its terminus at Moillesulaz.

A further extension within Annemasse is planned in the future. It is worth mentioning that Geneva’s tramway already had a branch line running to Annemasse until the 1950s. During the wide-scale abandonment programme, however, the tram shrank down to the single trunk route 12 by 1969 before the first new extensions were built more than 20 years later. A network of five lines is currently in operation.