Crowdfunding Campaign for a Trolleybus 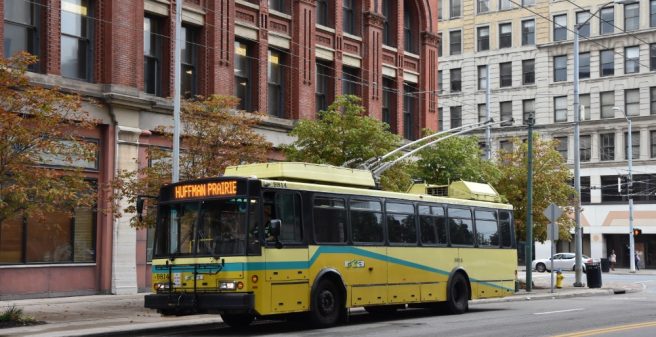 These type of trolleybuses will shortly been entirely replaced by new cvehicles from Gillig/Kiepe-Elektrik – we reported before: https://hosting129892.a2e10.netcup.net/en/first-new-imc-trolleybuses-in-dayton-ohio-with-in-motion-charging/

The vehicle belongs to a series of 57 trolleybuses, which Electric Transit, Inc. (ETI), a joint venture of the Czech company Škoda and the US company AAI Corporation, had built between 1995 and 1999 for the GTRTA based on the Czech Standard Model 14 Tr. Three prototypes were produced in the Czech Republic, the others delivered to Ohio as body shells. Another 240 nearly identical cars went to San Francisco between 1999 and 2004.

To cover the repatriation costs, a crowdfunding campaign was launched on the Czech portal “Startovac.cz” in order to bring together the required 700,000 crowns (around € 27,450) in this way. To support the project, please contact: