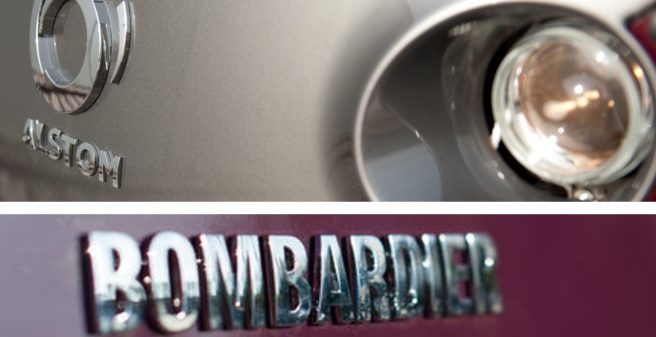 Many market observers have long waited for this day with impatience: The European Commission has approved, under the EU Merger Regulation, the acquisition of Bombardier Transportation by Alstom on Friday, 31 July 2020. The approval is conditional on full compliance with a commitments package offered by Alstom. There already some first reactions from analysists such as Maria Leenen from SCI-Verkehr (see below).

Executive Vice-President Margrethe Vestager, in charge of competition policy, said: “Alstom and Bombardier are leading providers of state-of-the-art trains used every day by millions of passengers across the European Union. Thanks to the comprehensive remedies offered to solve the competition concerns in the areas of very high-speed, mainline trains and mainline signalling, the Commission has been able to speedily review and approve this transaction. Going forward, a stronger combined Alstom and Bombardier entity will emerge. At the same time, thanks to these remedies, the new company will also continue to be challenged in its core markets to the benefit of European customers and consumers.”

The Commission’s investigation found that the transaction, as initially notified, would have raised serious competition concerns in the following areas:

The investigation confirmed that the proposed transaction did not raise competition concerns in any other markets, in particular within mainline and urban signalling, where Bombardier’s position in the EEA is very limited.

To address the Commission’s concerns, Alstom offered a set of commitments:

The divestitures will comply with all applicable social processes and consultations with employee representatives’ bodies. The transaction remains subject to further regulatory approvals in several other jurisdictions and customary closing conditions. Closing of the acquisition is expected for the first half of 2021. We reported earlier about the transaction here:
https://www.urban-transport-magazine.com/en/alstom-wants-to-buy-bombardier-transportation/

Regarding the takeover of Bombardier by the Alstom group, Maria Leenen, managing partner of SCI Verkehr, says: “With this merger of the two largest European vehicle manufacturers, the competitive landscape in Europe, but also worldwide, will change massively. Even before the merger, 77% of the new rail vehicles were delivered by the top 10 manufacturers worldwide. In 2017 it was only 73%. With the takeover, the concentration process continues to gain momentum. It remains to be seen to what extent European railways will be happy about the new champion, which today supplies 70% of the market for multiple units in Germany and almost 100% in France. However, the merger is urgently needed to permanently secure large parts of the jobs of the railway industry in Europe. “

On the decision of the EU Commission, Maria Leenen says: “The approval is surprising given the strong market presence of the new company in important vehicle segments and countries and the critical stance that the EU Competition Commission had taken during the attempted Alstom-Siemens deal. The governments of Germany and France may have been able to express their concerns about jobs, particularly at Bombardier, so clearly that the Commission has given in to prevent worse things from happening. ”