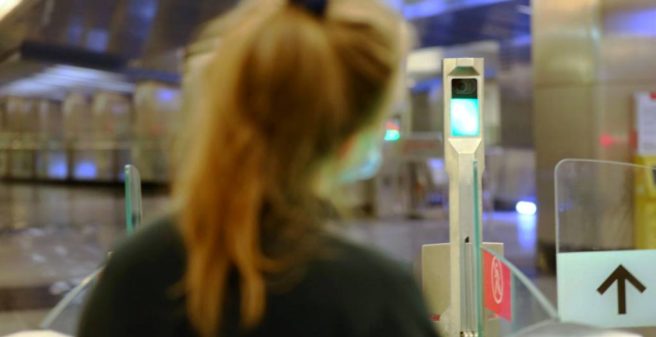 Moscow Metro’s Face Pay system, a fare payment system using face recognition, is now being tested on five additional metro lines of the network. Now the testing of the payments with facial recognition with the help of the cameras on the turnstiles takes place on a total of nine lines, reports the city’s Department of Transport. The “focus group” of initial users is being expanded as well.

It is specified that testing is now carried out on lines 1, 2, 3, 4, 6, 7, 8, 8a and 9. Moscow Metro had initially launched testing of the Face Pay system some months ago on Line 4 with a focus group consisting of 1,000 citizens. Initially, only employees of the subway could try out the new payment service, who made more than 1 million successful passes through the turnstiles before the system was introduced to the public. On Line 4 a focus group consisting of 1,000 citizens was chosen at the beginning.

“Face Pay is stable, now more than half of the Moscow Metro lines are connected to the test. Among them is the most demanded one – Line 7. It is important that during the test participants will be able to use the Early bird discount to make their trips cheaper – 23 rubles instead of 46”, says Maksim Liksutov, Deputy Mayor for Transport of the City of Moscow.

The technology is based on the transformation of passengers` faces into unique biometric keys: If the system detects a match with the database during scanning, the access gate opens automatically. The data of the passengers is protected by encryption and remains 100% anonymous, ensures the administration. However, the facial recognition system in the metro Sfera is also used to support the search for criminals and missing persons, comparing the access data with the policy’s database. In July, 221 people were found with the help of the system. 35 lost people were found, 12 of them were children who were missing, reports the city’s Department of Transport. The majority of those identified by smart cameras in the subway are wanted criminals. The data is stored in the information processing center which only law enforcement agencies have access to.