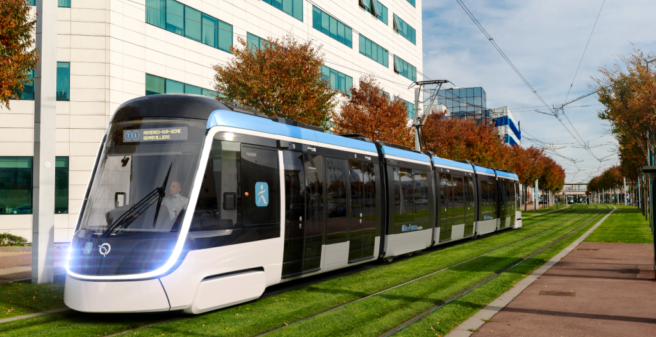 Paris in October 2021: Alstom had received an order for the delivery of 37 five-car Citadis of the latest generation of its Citadis low-floor tram model and an option for up to 83 more such vehicles. They are ordered for the renewal of the fleet of 35 TFS2 tram cars from the 1990s and operating on the oldest Parisian tram line T1. But they will also serve for further expansion of the service on existing and future lines. The first vehicles are expected to arrive in Paris in 2024. We reported about the order here:
https://www.urban-transport-magazine.com/en/paris-bi-articulated-e-buses-for-the-first-time-and-new-tramways/
.

Um das endgültige Design festzulegen, hatten Alstom,To determine the final design, Alstom, RATP and Île-de-France Mobilités had organised a competition: Citizens were asked to vote on three different variants. The intention was to promote the tramway system even further. Now the results are in – the final design has been decided, construction can start. Have a look at it!