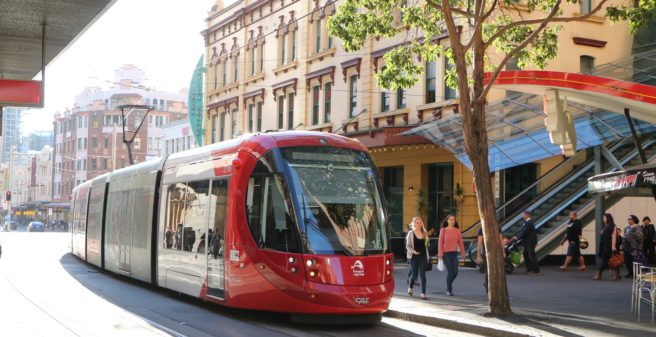 Passenger demand on the 12.8-kilometre line from Central Station to Dulwich Hill substantially increased from 3.9 million passengers in the 2013-14 financial year to over 10 million in 2016-17. More than 10.7 million commuters used the service in 2018/19 and 8.5 million in 2019/20, with patronage being affected by the coronavirus restrictions.

The line had initially been opened in stages between 1997 and 2000 and was almost doubled in route kilometres with the extension to Dulwich Hill in March 2014. 12 CAF “Urbos 3” low-floor tramway vehicles operate on the L1 since 2014/15.

Two additional light rail lines were opened in Sydney in 2019/20 using Alstom low-floor tramcars, while a fourth line is under construction which will be served again by CAF Urbos 7-module vehicles. See also our report here: