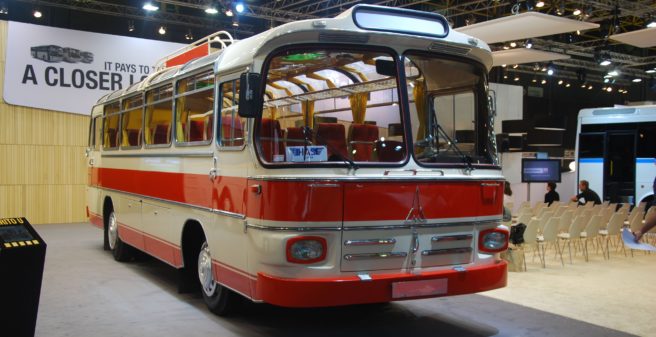 Iveco and Otokar have signed a joint-venture agreement to jointly produce different types of buses. For the international market, the various models to be offered will come out of Iveco’s existing product range. A entirely new model will be developed specifically for the markets in Eastern Europe, Africa, the Middle East and Asia. The engines will be suppliedproduced by Iveco brand FPT (Fiat Power Train).

The first buses from the cooperation are expected to be delivered in 2021. They will be built at the Otokar plant in Sakarya, Turkey. But there are no plans to reduce production at Iveco’s existing plants. On the contrary, the demand for Iveco buses has increased to such an extend that it is necessary to increase its production capacity. In addition, the above-mentioned new bus type will also expand its product portfolio.

Otokar sees the “deal” with Iveco as an opportunity to continue to grow and to use its capacity at the Sakarya plant better. Both Iveco als and Otokar see the new cooperation model as a long-term investment.

Otokar is in many aspects a typical Turkish company: founded in the mid-sixties, it has grown steadily since then and has long since become a major bus manufacturer, in Turkey and its neighbouring countries. It was only in recent years that Otokar found its way to other European markets, with focus on midi bus models. In the sixties Otokar had begun to produce buses under license of the German manufacturer Magirus-Deutz, which has merged into Iveco since… The new cooperation with Iveco just agreed upon, the next step of a development appears to be achieved …