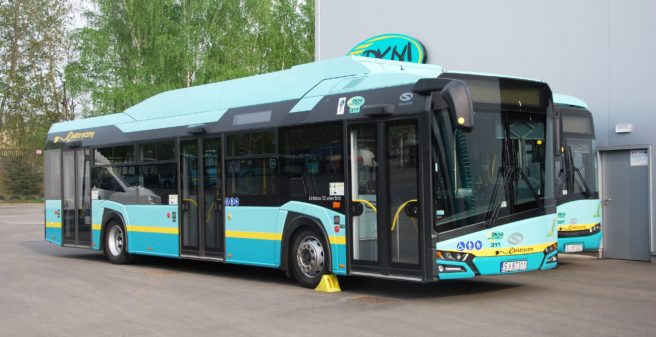 The Polish city of Jaworzno, not too far away from Krakow, is well positioned to become Europe’s capital of battery-electric buses.

PKM Jaworzno has ordered 5 Urbino 8,9 LE electric and 15 Urbino 12 electric. Both models are well known to the residents of Jaworzno. According to the contract the low-floor 9-meter Solaris vehicles will be delivered to the operator by the end of this year, whereas the 12-meter Urbino electric buses will join the former ones in the first half of 2021.

The new electric buses will use the newly developed Solaris High Energy batteries, which have a capacity of 160 kWh. PKM relies on “opportunity charging” with charging stations along the line. The electric buses connect with the grid at a charging station via pantograph that climbs on the roof of each bus. In via “plug in” the vehicles will also be reloaded overnight at the depot. The charging capacity is 190 kW.

Passengers will be able to enjoy USB charging sockets and Wi-Fi in the new electric buses.