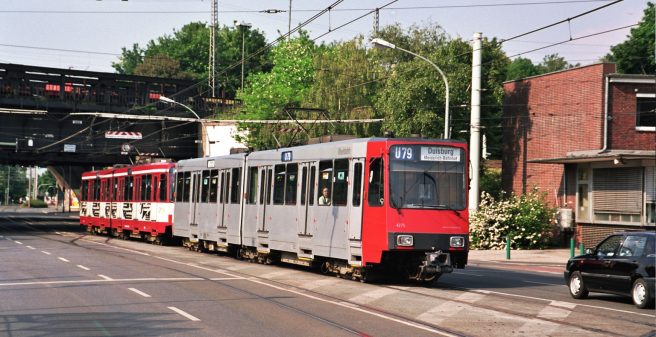 The two public transport companies of the neigbouring cities Düsseldorf and Duisburg – Rheinbahn AG and Duisburger Verkehrsgesellschaft AG (DVG) – will jointly invite public tenders for the purchase of new light rail vehicles to operate on the existing high-floor network.

Final preparational work is currently under way to launch the bidding process within the next few months. Award of the final contracts is expected around mid-2020. Both operators will jointly buy 109 new vehicles, thereof 91 for Rheinbahn and 18 for DVG. Options for another 42 cars for Düsseldorf plus 2 more for Duisburg will be included in the tender documents. All vehicles will replace the exting trains of „Stadtbahn B80“ type, which started operating between 1983 and 1993. In addition, the new trainsets will also serve to improve the headway on certain routes and to allow for network extensions. Both operator expect significant cost saving by jointly tendering new cars.

The new trains will offere air condition and W-LAN connection to the passenger and will also have a more modern interior design compared to the existing B80s.

Today’s interurban route U79 between both cities is jointly operated by Rheinbahn AG and DVG for more than a century.