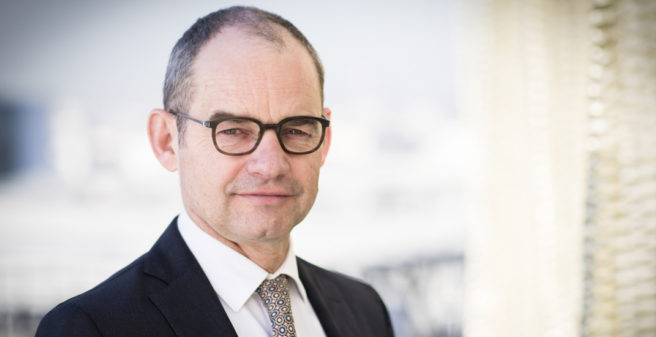 The Supervisory Board of Groupe Keolis S.A.S. has noted significant strategic differences with the Chairman of the Executive Board, Patrick Jeantet, since he took office on 1 February 2020. There he has been dismissed with immediate effect. A new Executive Committee has been formed to oversee the business pending the appointment of a successor.

Patrick Jeantet, 59, is a graduate of France’s École Polytechnique and École Nationale des Ponts et Chaussées. Working mainly internationally, he began his career in construction (at Bouygues and Sogea-VINCI), and then worked in the water industry (at Bechtel and International Water). From 2005 to 2013, he worked at Keolis as Deputy CEO, International, then as CEO, France. In 2014 he was appointed Chief Operating Officer of Groupe Aéroports de Paris.

In May 2016, Patrick Jeantet was appointed Chairman and CEO of SNCF Réseau, and Deputy Chairman of the SNCF Executive Board. He developed and launched the Nouvel’R transformation project to prepare the rail network of the future by combining digital technologies and new working methods.

According to media reports, also his “autocratic” management style was not well received. Keolis’ two shareholders, SNCF and Caisse de dépôt et placement du Québec, asked the Chairman of the Supervisory Board to convene an exceptional meeting on 2 June 2020 to deliberate on the dismissal of Patrick Jeantet. A recruitment process will be initiated without delay to appoint a new Chairperson of the Executive Board.

In the meantime, the Supervisory Board has decided to entrust the management of Keolis to a specially constituted Executive Board, whose interim Chairperson will be Kathleen Wantz-O’Rourke, Group Executive Director Finance and Legal, that will include the following members of the Executive Committee:

The two shareholders reaffirm their commitment to the Keolis Group, its customers and employees.