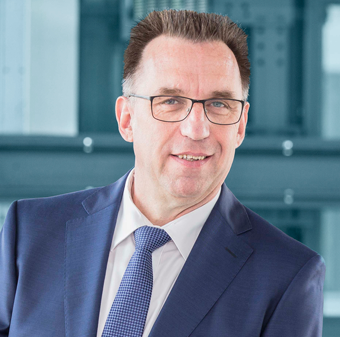 As part of this year’s annual conference of the Association of the Railway Industry in Germany (VDB) on 29 November in Augsburg, VDB President Volker Schenk resigned after four years. Michael Fohrer, CEO of Bombardier Transportation GmbH and former VDB Vice President of Vehicles, succeeds him.

As part of this year’s annual meeting of the Association of the Railway Industry in Germany (VDB) on 29 November in Augsburg, VDB President Volker Schenk resigned from the general meeting after four years. “This year was a year of climate-friendly, future-oriented mobility. And we are at the beginning. We are the future when it comes to climate issues“, announced Schenk.

According to Schenk, the rail industry should primarily go in one direction: Forward. “I have been committed to this over the past four years. We all work together for this. I think that’s our passion. And that is also our mission”, said Schenk in his farewell speech.

Michael Fohrer, CEO and President of the regions of Central and Eastern Europe and Israel at Bombardier Transportation, will be the new VDB President and he will also be VDB Vice President Vehicles.

“Climate change and the transport transition are the predominant issues worldwide. In these exciting times, the rail industry in Germany will make its contribution and develop new technologies for the digitalization of the railways and can thus take on a pioneering role for more sustainable transport in Germany”, says Michael Fohrer.

Michael Fohrer has been with Bombardier Transportation since 2008 and has been appointed Chairman of the Board of Bombardier Transportation GmbH in December 2016. In addition to this role, he was appointed President of Central and Eastern Europe and Israel in December 2017. Before joining Bombardier, Michael Fohrer worked for the Otis Elevator Company. He holds a degree in business administration from the University of Pforzheim and has also successfully completed the Senior Executive Program at Darden University.