Nancy: Tram project postponed – the trolleybus is to come back! 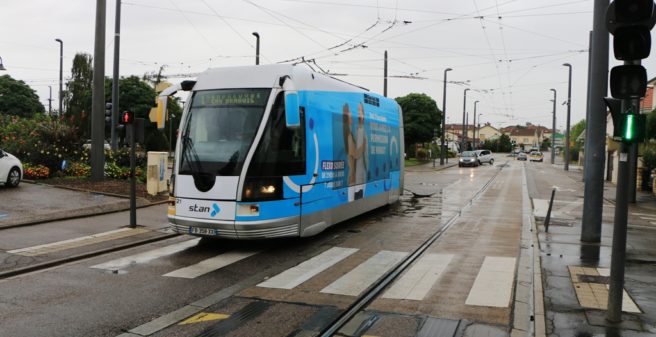 After the 2020 local elections, the council of the metropolis of Greater Nancy (20 municipalities, 250,000 inhabitants) passed a resolution on 11 February 2021, after three hours of debate, to postpone the project to build a new low-floor tramway. Instead, alternatives were to be examined. The project was not totally abandoned, but the poor financial situation of the community does not allow a realisation in the near future.

Now Mathieu Klein, mayor of Nancy and president of the metropolis, publicly announced the electric double-articulated trolleybus as the system of choice. The current TVR system, which has suffered numerous shortcomings and operational problems, is facing the end of its economic lifespan and is to be replaced o the near future. The end of operation has now been set for March 2023, two years longer than the original plans forsaw.

We reported on the TRAM system in Nancy – in practical terms a track-guided trolleybus with a tram-like, three-module car body – here:
https://www.urban-transport-magazine.com/en/nancy-final-decision-about-the-conversion-into-a-modern-tramway/
and:
https://www.urban-transport-magazine.com/en/nancy-is-paving-the-way-for-a-new-tram/

During his presentation, the mayor referred, among other things, to the expansion of the trolleybus system in Lyon. He mentioned the approximately 10% higher capacity of double-articulated trolleybus models currently available in the market, compared to the total passenger capacity of the TVR vehicles. In addition, he highlighted the possibility of partial continued use of the existing electric infrastructure. In fact, costs considerations are the main argument for rejecting the tramway project: Instead of approximately EUR 500 million investment for the tram only about 50 million are necessary for the conversion of the existing TVR line 1 for BRT trolleybus operation. According to current plans, this could be realised by the end of 2023. The purchase of 25 double articulated trolleybuses is foreseen. In case that the tram project will be realised at a later date, after 2030, it is planned to use the trolleybuses on other lines.

Trolleybuses already operated in Nancy on three lines between 1982 and 1999 and were then replaced by the TVR system (on today’s main line 1). The overhead line of the former lines still exists in parts and could be used again in the future.

Additional information about the system in Nancy can be found here:
https://www.trolleymotion.eu/trolleystaedte/stadt/?id=85

In Nancy the TVR is already a trolleybus – some years ago I went to see it and was impressed with what I saw.