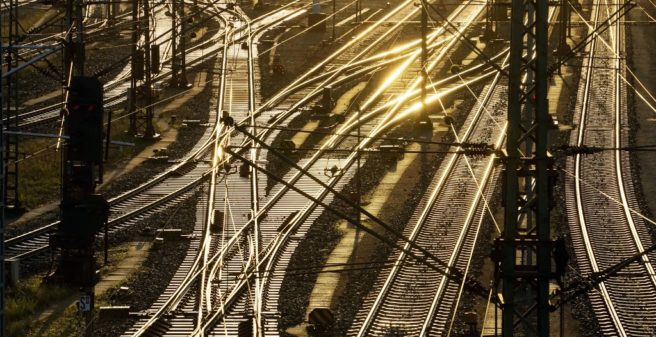 In Germany, major investments are planned into railway infrastructure and operations within the railway masterplan I © Deutsche Bahn AG / Volker Emersleben

On 30 June 2020, the so-called railway Masterplan for Germany has been approved and presented by the Federal Ministry of Transport and Digital Infrastructure (BMVI). Federal Transport Minister Andreas Scheuer, the Federal Government’s rail representative, Enak Ferlemann, and representatives of the rail industry signed a “rail pact” to strengthen the rail sector and presented a “master plan rail transport”. In addition, the implementation of the Germany-wide railway timetable has been launched.

The rail pact and the Germany-wide timetable are intended to make rail transport more efficient, more reliable and more climate-friendly. The aim is to double the number of passengers by 2030 and to increase the share of rail freight to 25%.

The master plan implements the following actions and improvements:

The masterplan is part of the current government’s coalition agreement. Transport Minister Scheuer and the railway commissioner Enak Ferlemann started the “Future Alliance Rail” at the beginning of the legislative period. Two years of intensive work are lying behind this initiative already. Six working groups and a steering committee elaborated the detailed program. The rail pact is a clear common commitment of the entire industry for a permanently improved rail system.

According to VDV, the German railway and public transport association, the rail transport master plan is a milestone in the optimisation of the rail system. It is the result of almost two years of work by the rail sector, users of passenger and rail freight transport and the Federal Ministry of Transport as part of the rail alliance for the future. In six working groups and a steering committee, intensive work was carried out on joint solutions in order to make the railway future-proof for the challenges of modern mobility of people and goods. “Passenger and rail freight transport must be efficient, reliable and climate-friendly in the 21st century. Customers expect this from us and the industry must be measured against it. However, this is only possible if the rail sector is viewed holistically, i.e. local, long-distance and freight transport and the infrastructure. And that is exactly the strength of the master plan now available. As an industry association that represents many members from every segment, it was therefore a matter of course for us that we actively participated in all six working groups and in the steering committee”, explained Ingo Wortmann, president of the VDV.

The goal of the Germany tact is to use a network-wide, coordinated timetable to make the rail system more attractive for a large number of people. Trains would run at regular intervals, e.g. every 30 or 60 minutes, at certain node stations in Germany. Long waiting and transfer times would be avoided. The Network-wide timetable can also lead to more travel connections.

What is an integral frquency timetable?

In the case of an integral cycle schedule, timetables of different lines are designed in such a way that all scheduled trains arriving and departing at the node stations arrive and depart at the same time. Switzerland is a pioneer in the introduction of an integral cycle schedule. A comprehensive cycle schedule was introduced there in 1982 and in 1987 the “Bahn 2000” project was decided, which aimed to expand the network for an optimised timetable offering under the slogan “faster, more frequent and more convenient”. With the implementation of the first stage in 2004 and the introduction of an extensive half-hourly frequency in long-distance transport, Switzerland revolutionised the rail passenger transport of its country. In Germany, there are already integral cycle timetables for local transport in various federal states.

The Federal Ministry of Transport and Digital Infrastructure (BMVI) carried out feasibility study for such a system in Germany. It has been carried out by a working group from IGES Institut GmbH and Institute for Transportation TU Braunschweig (IVE). The Feasibility study was presented to the public in March 2015. The The results can be summarized as follows:

Further information on the “railway pact” can be found here (in German):