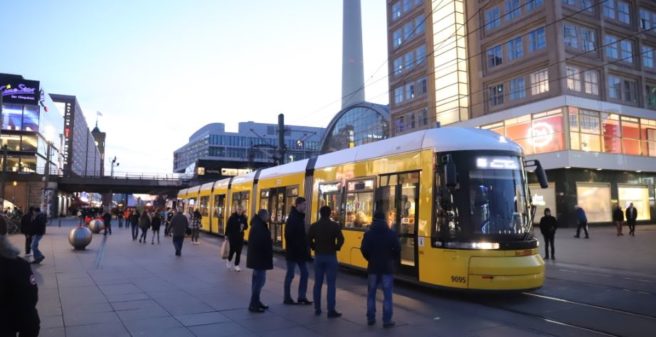 The German government provides 2.5 billion Euro funding package for public transport due to the Corona Crisis I © UTM

In the late evening of 3 June, the German government decided to contribute a total of 2.5 billion euros to the public transport sector as part of the nation-wide recovery program. This was announced by the Association of German Transport Companies (VDV) by emphasizing that it was now the turn of the federal states to increase their funds promptly by the same amount, as already decided. According to VDV calculations during the corona pandemic, local public transport will lose around five billion euros in fare revenue by the end of the year. This is also due to the fact that during the crisis, significantly more services were offered than necessary due to the decrease in passenger demand. Corresponding rescue programs are also being prepared at European level (see below).

VDV President Ingo Wortmann commented the following on the decision of the federal government: “We would like to thank the federal government, which, with this significant participation in the public transport rescue package, provides important support for continued high-quality and well-functioning local transport in Germany. Despite the significantly lower demand, we drove an average of 80 percent of the regular supply even during the high phase of the exit restrictions. This was politically desirable and also necessary to get people to work in systemically relevant professions with a sufficient safety distance in the vehicles. In the meantime, buses and trains are running almost regularly again everywhere. Such an offer without maintaining the corresponding ticket income for months is not economically viable. For this reason, the public transport rescue package, which was unanimously approved by the federal states at the meetings of the Ministers of Transport and Finance Ministers and is now half-financed by the federal government, is imperative. We assume that the Länder (states) will now very promptly initiate an analogous financing of the other half from their own budget. “

On 3 June, the German government presented an economic stimulus package worth 130 billion Euro intotal. According to initial calculations, this also includes 25 billion for cities and municipalities. An originally planned scrappage bonus for cars with internal combustion engines was not implemented, but there will be subsidies for electric cars.

The public transport industry suffered in Europe and worldwide from the COVID 19 crisis. It is expected that the sector will suffer from loss of revenue and increased costs for years to come.

For this reason, the EU is preparing massive investments to support people and businesses. The European Commission has prepared a 750 billion Euro economic stimulus package along with a revised proposal for the long-term EU budget 2021-2027, which follows the proposals of the European Parliament. This advocated recovery package, centered around the “green deal” to stimulate the economy and combat climate change.

According to the Süddeutsche Zeitung, up to 100 billion euros could be made available for the transport and mobility sector. The strategy is essentially in line with the guidelines for more climate protection and environmentally friendly technologies proposed in the “European Green Deal”.

The global public transport association UITP welcomes the decision of the EU. Thomas Avanzata, Senior Director of UITP Europe said: “The EU Recovery Package provides a good signal for the next stages and is a step in the right direction. It opens doors to enable the sector to recover, however it needs to be clearer and more ambitious when it comes to public transport. The Recovery Package needs to be more specific in what support there will be for local mass transit and public transport In order for our cities to thrive post pandemic”.

The development tool called “Next Generation EU” was presented on May 27 by EU Commission President Ursula von der Leyen in plenary. It is intended to contain the effects of the crisis and pave the way for a sustainable future. According to the Commission’s proposal, 25 percent of the EU budget 2021-2027 is to be used for climate protection measures.