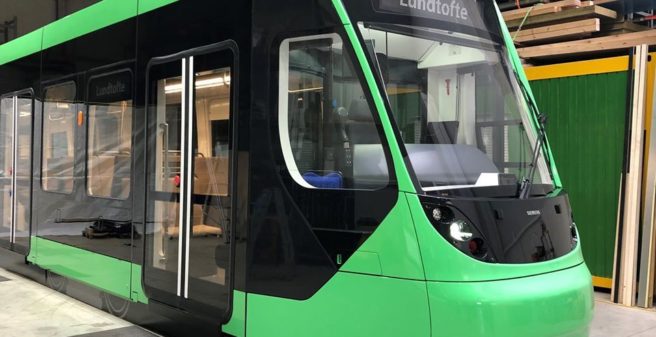 Denmark clear is in “light rail fever”: after the gradual opening of the tramway with TramTrain sections in Aarhus, two more light rail systems are under construction in Odense and in the capital Copenhagen. Hovedstadens Letbane is the name of a new 28 km light rail system currently under construction in Greater Copenhagen, Denmark. The first construction phase is called Ring 3 Line. The construction work has started in 2018. The line will connect Lundtofte Park north of Copenhagen with Ishøj station in the southwest. The opening is planned for 2025. This is expected to handle 13 to 14 million passengers per year and 44,000 per day.

In a consortium with the general infrastructure contracting company Per Aarsleff A/S, Siemens has been awarded by urban transport development company Greater Copenhagen Light Rail I/S the construction of a light rail system in Greater Copenhagen, Denmark. The contract includes 27 four-car Avenio trams, rail electrification, signaling, communication, workshop equipment, overall project management and system integration. It will be implemented in a turnkey approach. In addition, the contract includes maintenance services for 15 years.

In order to approve the exterior and interior design of the new light rail vehicles, a mock-up has been presented in the beginning of 2020. The mock-up also reveals the future livery of the system which will be green. Tests were made with passengers, wheel chair users, strollers and bicycles. The objective was to finalise and approve the design and layout of the new tram.

The new Avenio light rail vehicles will have four flex areas, each located directly opposite a door with space for both wheelchair users, strollers and bicycles. Each flex area can accomodate either a wheelchair, a stroller or two bicycles.

The layout of the light rail vehicles, and in particular the layout of the flex areas, has been created in dialogue with the Accessibility Panel of the Capital, which consists of representatives from various disability and older organizations. Based on the panel’s comments, the backrest for wheelchair users and a number of contacts and handraails include. been changed and moved in the flex area.

The Siemens Avenios will have a length of 37 meters and a width of 2.65 meters with six double leaf doors on each side. Each tram will be able to carry approximately 260 passengers on 64 fixed seats and 198 standing places.

A detailed map and further information on Copenhagen’s public transport can be found here: