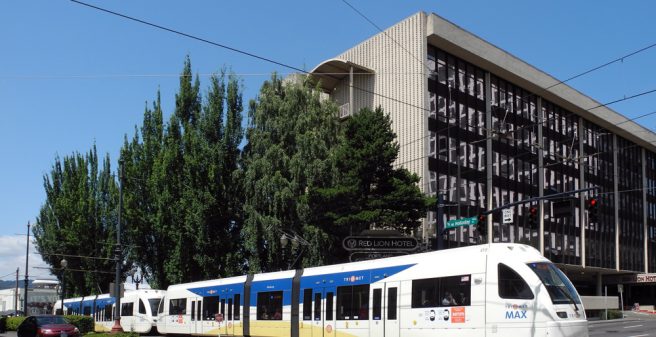 Siemens Mobility won a Light Rail Vehicle (LRV) contract from Portland’s TriMet, Oregon’s largest regional transit provider. This order will replace TriMet’s original 26 Type-1 Bombardier vehicles, built in 1984 – 86 with the new S700 low-floor state-of-the-art vehicle which has been jointly developed by TriMet and Siemens Mobility. The contract includes options for up to 60 additional vehicles, which would accommodate additional vehicles needed for further service expansions such as the MAX Red Line Extension to Fair Complex, and the Southwest Corridor.

With the completion of this new purchase, TriMet’s LRV fleet will be a fully Siemens fleet – with the first delivery expected in 2021. Importantly, TriMet has opted to install the latest Internet-of-Things (IoT) framework to what will now be their Type 6 vehicle, ensuring that the latest rail digitalization capabilities are applied for increasing efficiencies in operations and maintenance, increasing value sustainably over their lifecycle, and ultimately resulting in peak economic and passenger experience.

The S700 cars are the latest advancement of the S70 low-floor vehicle platform designed and manufactured by Siemens Mobility at its plant in Sacramento, California. As the S70, the S700 is a 70% low-floor light rail vehicles with steel carbodies and single operator’s cabs as the trains are constantly operated in multiple units. The vehicles consist in two long endcars and short middle-car. Each six-axle light rail vehicle is equipped with two power bogies (one under each end) and a non-powered bogie underneath the center section.