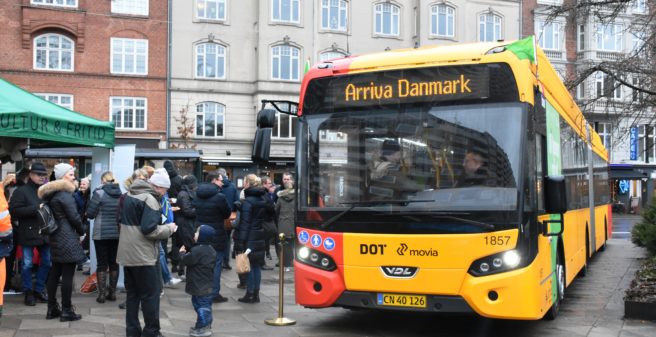 The six largest municipalities in Denmark have published a declaration that they will buy only zero-emssion buses from 2021. Copenhagen, Aarhus, Odense, Aalborg, Vejle and Frederiksberg signed what they call the „Climate Cooperation Agreement“ with the Danish Ministry of Transport.

These cities have committed themselves to procure only emission-free vehicles to renew their bus fleets starting next year. Battery-electric and hydrogen fuel-cell buses are the options. Of the 3,330 city buses in the country, some 880 operate in six cities. “Therefore they should be the driving force behind the transformation of public transport” commented Transport Minister Benny Engelbrecht on the agreement. Other cities in the country will hopefully join the initiative soon.

Copenhagen had already planned to phase out its diesel buses by 2025 as part of the ambitious goal to become the world’s first zero-emission capital by 2025. Delivery of its first hydrogen buses started in March 2020. Reasonable numbers of battery-electric buses are already in use in the capital city and in Odense, including VDL articulated e-buses on routes 2A and 18. Electric trolleybuses served Danish cities several decades ago – Copenhagen (two separate operators) between 1927 and 1971 and Odense between 1939 and 1959. A DUO-bus (trolley/diesel) trial operation could be found in Copenhagen between 1993 and 1998 (https://cordis.europa.eu/project/id/TR.-00213-91) but did not proof to be a success.