SNCF is preparing for competition in regional transport 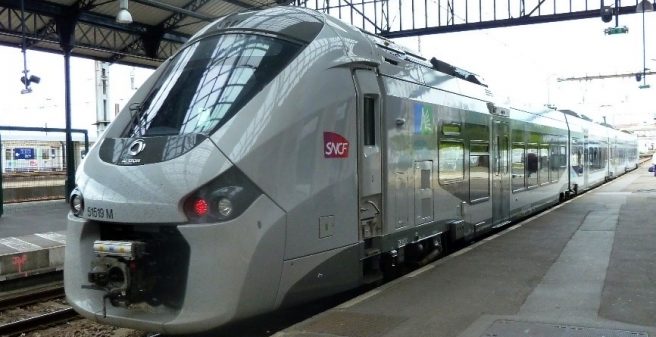 Railway liberalisation is arriving in the French regional railway market. With around 38 billion passenger-kilometres (pkm) per year, the French regional traffic represents a huge market of around € 7 billion. The monopolist SNCF operates around 7,000 daily regional trains with 900,000 passengers. More than half of the transport capacity is accounted for by the Paris suburban traffic in the Ile de France. Compared with the 57 billion pkm of Germany, France has a lower traffic volume, in terms of population by about 20 %. This may be related to the fact that despite the provision of modern comfortable trains in recent years, the satisfaction of travellers has suffered greatly due to an insufficient performance quality with an insufficient provision of trains and train capacities, delays and cancelled trains. At the same time, the costs per train-kilometre have inexplicably risen to € 23, while in Germany they are at € 15. Several regions, which order regional train performances from the monopolist SNCF and finance an average of 75 % of their costs, have bitterly complained already.

Now, free competition in regional traffic has arrived in France as well. It has always been common in urban traffic such as for buses and trams, except for the Paris region. SNCF is now trying to secure its leading position through substantial improvements. On the one hand, it is anticipating long-term transport contracts with some regions, but some concessions are requested. For example, SNCF has signed a contract with the Nouvelle Aquitaine region until 2024, which aims to increase train availability by 24 %, improve punctuality to 95 % and halve the number of cancelled trains. At the same time, the costs are to be reduced, among other things such as staff reductions.

The roadmap now looks like this: The regions will be allowed to tender from December 2019; from 2023 they will be required to do so, but regions that may conclude contracts of up to ten years with SNCF before 2023 if they wish to do so. Paris has a special arrangement: the newly built RER, metro and tram lines must be tendered from 2020 onward; regarding the existing network, competition will start for bus lines in 2024, for trams in 2029 and for metro and RER operations only in 2039.

The regions PACA, Grand-Est, Hauts-de-France, Bourgogne-Franche-Comté, Pays de la Loire want to open their transport services to competition as quickly as possible, while other regions plan to do so for parts of their network. Nouvelle Aquitaine, Occitane, Bretagne and Auvergne-Rhône-Alpes want to remain entirely or largely loyal to SNCF. Prospective operators are the branches of major European railways such as Arriva (DB), Keolis (SNCF), RATP Dev (Metro Paris), and Thello (Trenitalia). French Keolis operates or is involved in rail and tram operations in Germany, Denmark, the United Kingdom, Sweden, Australia, the United States and India.