Superlatives in China: Hundreds of kilometers of new metro and tram lines 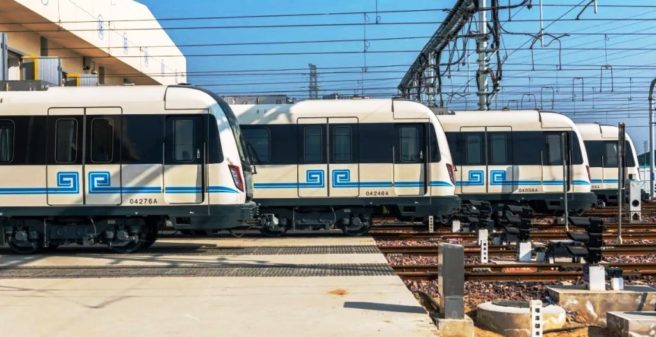 As so often in recent years, various Chinese cities and metropolitan areas again used the period between the end of December and the beginning of January to officially inaugurate new infrastructure projects. Among them were currently 15 cities with openings of new urban rail transport connections. In Taiyuan, a completely new metro system built from scratch even went into full operation (after a previous test phase), in the form of the city’s first, 23.7 km long Line 2.

In total, this adds up to approximatelyt 685 km of new lines in the country. Of them, 166 km were put into operation in Chengdu alone on a single day! This city’s network is thus more than 500 km long – this is all the more surprising as the first line opened just 10 years ago. In the capital Beijing, the first line of another new tram system started operation, the so-called Yizhuang Tram. In Guangzhou (Canton), the line of the Huangpu Tram was extended.

As a consequence, the total length of all metro systems in China combined comprises 5,850 km in 30 cities, plus another 550 km of tram lines in 20 cities as well as various systems which use some other technical solutions, some of which are referred to as light rail and resemble different types of level-free guided rail systems, but also monorails or even individual trackless track-guided systems on a smaller scale. In addition, it should be mentioned that the distinction between metro systems and suburban railways, which often resemble suburban railways of European design, is not always clear-cut in some cases. It is undoubtedly also noteworthy that in the territory of today’s People’s Republic of China, metro systems existed in only five location and tram systems in only three before 2004.

There is no doubt that the country not only holds the record for new line openings and commissioning of new systems overall, but also leads the world in total network expansion.

Here is the overview of the inaugurations of the last three weeks:

Despite all this, Chinese companies are now trying not to schedule all openings around the turn of the year, also to alleviate some of the time pressure on the individual projects. For example, the commissioning of the new Line 15 Gucun Park – Zizhu Hi-tech Zone (42.3 km) in Shanghai has now been postponed by several months.

An overview of the metro systems in Asia can be found here:
http://www.urbanrail.net/as/asia.htm