New metro Taichung in Taiwan opened to the public 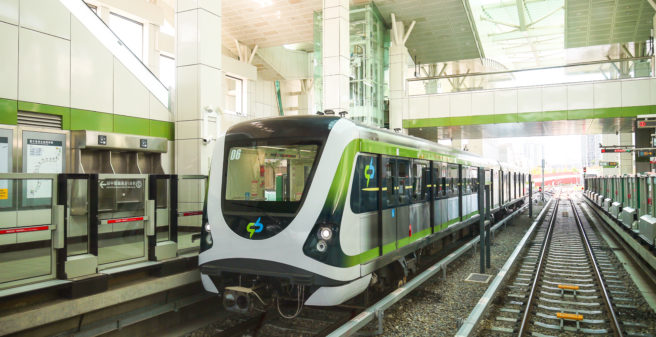 Once again another city has been added to the list of metro systems around the world: The first line in Taichung, the second largest city in Taiwan with approximately 2.8 million inhabitants, started public service on 16 November 2020 – intially with a four weeks trial period operation with public service. The new “green line” offers public test rides until December 6th from 7.00h to 20.00h every day, and every 5 minutes during peak hours and every 8 minutes during off-peak hours. From December 7th to 15th, the line will run according to the official schedule of future operation, trial rides are open from 6.00h to 24.00h every day. During this period, people who hold an electronic ticket can freely test rides at 18 stations on the whole line.

Official start of normal passenger service at full scale with an opening ceremony is scheduled for 19 December 2020.

The new metro is operated by Taichung Rapid Transit Corporation and runs from Beitunzhongzhan to Taichung High Speed Train Station, a distance of 17 km, servicing 18 stations. Journey time is 36 minutes. It is fully elevated (mostly encased) with the exception of the two terminal stations at grade. The metro uses 1435 mm standard gauge and operates at 750V DC with third rail power supply. 36 driverless Kawasaki Heavy Industries 2-car trains were locally assembled in part, are 44.34m long, 2.98m wide and offer a passenger capacity of up to 536 people.

A map can be found here: http://www.urbanrail.net/as/tw/taichung/taichung.htm