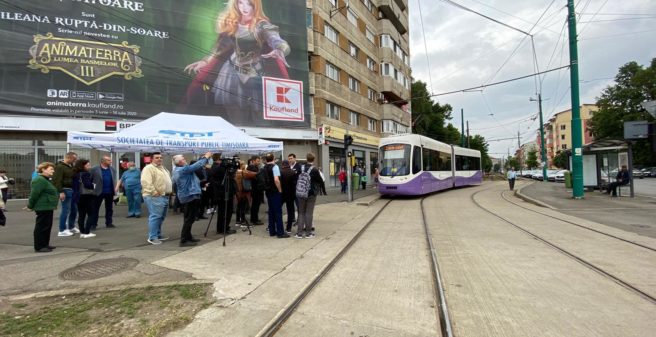 Timişoara’s tram route 2 was extended to the so-called “Shopping City Timisoara” on 15 June 2020. This small branch of only a few 100 metres starts at the existing Piata Veteranilor previoulsy served only by route 7 and terminates in a large loop. Line 2 has been extened from its previous terminus at Dâmbovița Boulevard by four new stops, but only the terminus Shopping City is completely new, the other stops being served also by routes 7 and 9. Two more trams are needed on route 2 now, increasing the number of vehciles in service to 7 trams during the week, from Monday to Friday, and 5 trams on Saturdays and Sundays.

Timişoara is located in Banat region in Western Romania, near the Serbian border and has approximately 310,000 inhabitants. Eight tramway routes are operatied on the 39 km standard-gauge network. The fleet consists of a mixture of different German second-hand tramcars, mainly ex-Bremen. Some 30 of them received a comprehensive modernization being branded as GT4 Armonia.