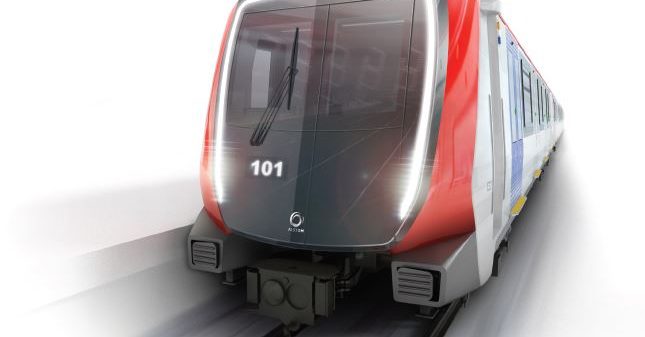 Starting in 2020, Alstom will deliver a fleet of 42 broad- and standard-gauge metro train sets to Barcelona's TMB I Source: TMB/ Alstom

The public transport operator of Barcelona, TMB, placed an order for 42 new metro trains that will replace the oldest 3000 and 4000 series vehicles on lines 1 and 3 of the Barcelona metro. Alstom will manufacture and deliver the new train sits within a period of two and a half years. The order has a total value of 268 million euros. The contract is planned to be formalised in September 2019.

The tender process started in February 2019 and consisted in two lots: one of 24 trains with the Iberian broad gauge 1672 m for line 1 and second one for 18 trains on the standard gauge (1435 mm) line 3. Two other manufacturers, CRRC Quingdao Sifang from China and Spanish CAF also participated in the tender process. CRRC was excluded because it did not meet commercial requirements.