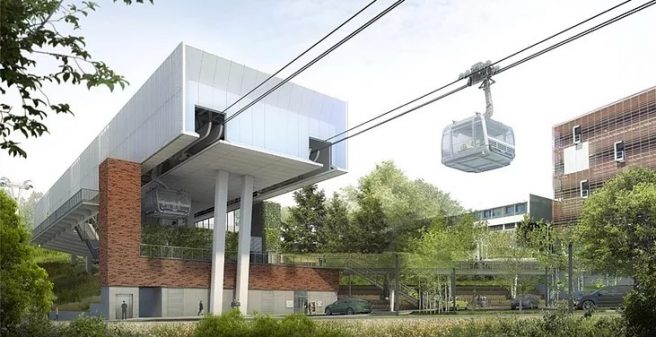 On 3 July 2019, the construction of the inner-city Téléo cable car was decided officially. The line will connect the Paul Sabatier University via the University Hospital Rangueil with Oncopole. Its 3 km long route will make it the longest urban cable car in France and one of the first cable-car applications as public transport in Europe. With 15 cabins, each with a capacity for 34 passengers, half of which will be seated, it will run every 1.5 minutes at peak times, transporting 1500 passengers per hour and direction. On average, 8,000 passengers are expected per day. Construction work is scheduled to start in September 2019. By adopting this mode of cable transport, Toulouse joins the circle of cities having opted for an urban cable car, such as New York, Rio, Istanbul or Barcelona.

The ”Téléphérique Sud Urbain” will be carried out by a group led by the French Poma company. The budget amounts to € 82.41 million excluding taxes (design / implementation / support operations / project management), including € 11.8 million of potential subsidies.

More about cable transportation can be found under the following link: