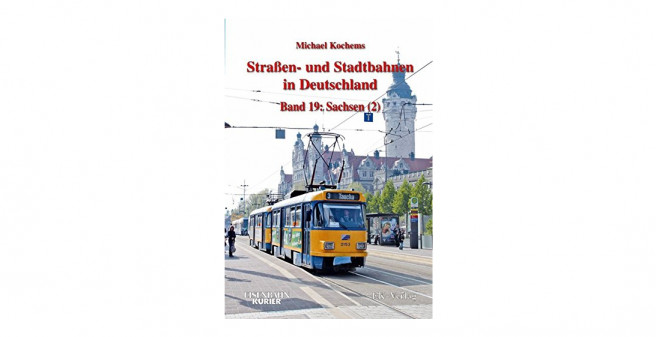 This is the 19th volume of a series of books which are published for more than 25 years already. The newest edition come with the same excellent quality as previous volumes and offers a comprehensive overview about the tramway, light rail and metro systems in Germany. This time it covers the western part of Saxony, and the author Michael Kochems has managed to include Rolf-Roland Scholze as co-author. “Deutsche Straßen- und Stadtbahnen” had been started by Dieter Höltge in the 1970s, and Michael Kochems took over several years ago. Volume 19 covers Leipzig, Chemnitz, Zwickau, Plauen, Klingenthal and Hohenstein-Ernstthal. The quality of the mainly black/white photos is extraordinary, all relevant data is included in the detailed fleet lists of all times, and the texts give a chronological overview. Even in times of digitalization this a more than useful addition to the book shelf of all the ones who are interested in urban rail transport in Germany.