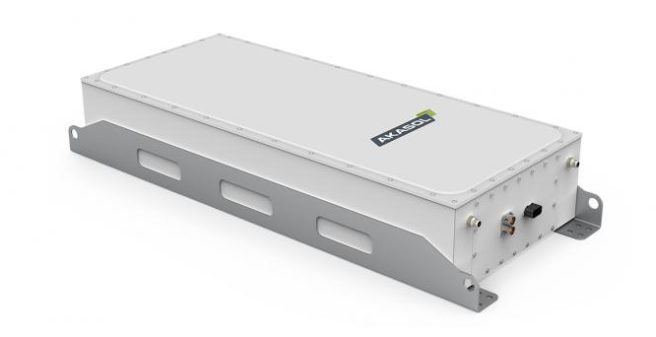 The Darmstadt-based battery specialist AKASOL has now joined the club of companies that publish their press conferences in the Internet with its “AKASOL Electric Transportation Forum 2020”.

The company emerged in 1990 as a “registered association” from the Technical University of Darmstadt. Its founders noticed that there was a significant potential for future traffic in battery electric vehicles and wanted to be part of it.

Today the company has production sites in Darmstadt, Langen and Ravensburg, Germany. And – since 2019 – also in the Detroit area in the US state of Michigan. The company also emphasises having a large development team.

In 2008 the “registered association” became AKASOL GmbH. In 2015, the company was able to book a first series order from a large European bus manufacturer, which was followed by a first series order from a large Scandinavian bus manufacturer as early as 2016. In 2017, two new production facilities for the serial production of battery systems were opened. AKASOL made a great leap forward in 2018 with its successful IPO on the Frankfurt Stock Exchange. And in 2019 – see above – the new production facility in the US state of Michigan (Detroit area) was added. And with it the clear announcement that AKASOL definitely wants to be a global player.

AKASOL sees itself not only as a leading developer and manufacturer of high-performance battery systems for buses, but also for other commercial vehicles (trucks) as well as for trains and ships. And it was proudly reported that the order books are already filled until 2027. And AKASOL has already produced more than 6,500 battery systems to date. The electric range of all these battery systems sold to date is already more than 411 million kilometres (the range of all batteries added up).

AKASOL is also investing in two new production plants with highly automatised production lines. From the middle of 2021, the new ultra-high energy battery systems of the AKASystem AKM CYC type will be manufactured at the Darmstadt facilities. Further production lines are planned in AKASOL’s Gigafactory 2 at the US location in Hazel Park, Michigan, as well as in the Darmstadt production.

Sven Schulz, the chairman of AKASOL, began his presentation with the words: “One size doesn’t fit all. In other words: batteries of the same size are not suitable for all applications. This is simply due to the fact that the installation space that is available is different in size and energy and power requirements differ between the type of vehicle and application. “On a bus, it’s very easy, you just put the batteries on the roof. But with a truck? In a ship, on the other hand, there is plenty of room for the batteries again.” Accordingly, there are also four basic types of AKASOL batteries: from a version for buses to one for trucks, one for maritime applications and a particularly small one to be fitted to urban delivery vehicles. Schulz: “Such a delivery vehicle never has far to go to the next charging station, so the range does not have to be so great.

AKASOL assembles its batteries from cells purchased from three or four carefully selected suppliers in Asia. “And we check their quality!” Nevertheless, the aim is to produce battery cells ourselves. – Furthermore, the batteries are equipped with AKASOL’s own battery management system.

Talking about hydrogen propulsion, Schulz said: “We are open to both technologies. Nevertheless, we think that the battery electric bus is the better solution for cost reasons alone”. And he added something that might raise the attention of the railway industry: “On the railways, too, the battery electric solution would often be better than the solution with overhead lines for cost reasons.

In general, the electric bus needs a long range. And even today a range of 400 kilometres for a bus is no longer unrealistic. (Note: this means that the bus can leave the yard at 3 a.m. in the morning and only return at 2 a.m. at night, without having to recharge on the way). And because this is the case, Schulz also predicted that recharging on the line would become less important. Especially since the range of batteries would not stop at 400 kilometres. But Schulz did not want to commit himself yet to when this would be the case.

We have all known it from our torch since childhood: a battery loses power not only through use, but even if it is not switched on at all. And unfortunately, this is no different with a vehicle battery. So at some point the day comes when the power of a battery is no longer sufficient to run a bus. AKASOL assumes that this will be the case after about 10 years. But that is by no means a problem. You take the used battery out of the bus, it gets a new power pack, and the old battery is far from being at the end of its lifetime. It can still be used as a storage element in the electricity sector. To give just one example: as a storage element at charging stations. In this “second life” the battery will last another ten years, and only then (after 20 years) will it really be “at the end”. But even then you don’t have to throw it away at all. Instead, recycling would now follow: the batteries contain many valuable raw materials, and these can be recovered and reinstalled in new batteries.

By the way, AKASOL expects that the first batteries will come back for recycling in 2027. “We have developed the necessary technology”.

The conference ended with a presentation of the Darmstadt electric bus project by Werner Laber, head of bus technology at Darmstadt’s municipal transport company HEAG mobilo.

After the decision had been taken, the company had carefully calculated which electric bus system would be the most viable one in terms of cost. The reintroduction of the trolley bus was also examined – Darmstadt used to have a trolleybus system in the 1940s and 1950s. However, it had turned out that this was the most expensive of all possibilities to electrify the existing bus system.

In 1999, a first step towards electric buses was taken. Two Mercedes-Benz O 520 Cito were procured, a kind of “little brother” of the Citaro, which, however, had the special feature that it was diesel-electric. That is, it drove electrically with electricity produced by the diesel engine, which worked as a generator. Laber: “The Cito was a really good bus. Unfortunately, the market did not want this bus at that time, so Mercedes stopped building this type very quickly”.

In 2011 HEAG mobilo made the next “attempt” in the direction of the electric bus. The Dutch manufacturer VDL supplied three hybrid buses of the type “VDL Citea SLF-120/hybrid” with the buses 980 to 982, which were used on the L line (Heinheimer Straße – Lichtwiese). Laber reports that they were later returned to the manufacturer, who converted them into pure electric buses. A few electric demonstration bus followed.

In 2020 the electric buses really took off in Darmstadt. The first six Mercedes-Benz eCitaro (numbered 328 to 333) followed, four of which were funded by the Federal Ministry of Transport and two by the Federal Environment Ministry. They will be used throughout the entire route network because HEAG mobilo wants to gain experience with them everywhere.

By 2025 Darmstadt wants to operate only electric buses. But Werner Laber presented a detailed list of how many diesel buses will be replaced by electric buses in which year:

The buses will have 12 battery packs, eight on the roof and four in the rear. Heating and air conditioning will ensured by an efficient heat pump in order to keep the energy consumption in extreme temperature cases as low as possible. Their charging power will be 150 kW. The charging infrastructure will be provided by the municipal energy supplier Entega, the charging points are delivered by Heliox. With the growing fleet of electric buses, a further eight charging stations will be added to the depot in 2022, with 18 buses being able to be charged at each charging station.

At the end of the presentation, Werner Laber mentioned a few interesting figures: