An introduction into technical acoustics 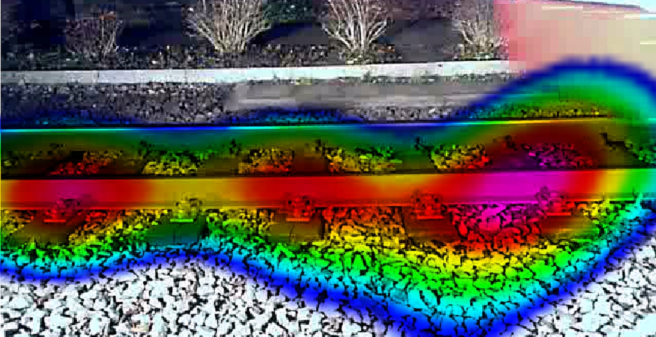 Unfortunately, technical acoustics is often treated as a side topic in engineering training. With two articles I would like to refresh basic knowledge and pass on some of my experience acquired during many years of professional engagement with this topic.

The human ear is known to perceive sound waves. As important as hearing is for mutual communication and for understanding the environment, disturbing sound, which is then referred to as noise, can significantly impair our quality of life. Hearing itself can be damaged. Hearing impairment caused by noise in the workplace has been one of the most common occupational diseases for years. This also affected the drivers on the first diesel locomotives. This problem was later mitigated by many technical measures.

Constant noise at work and / or in living areas can lead to serious sleeping problems and diseases such as high blood pressure, cardiovascular diseases and chronically increased release of stress hormones. The transition from sound to annoying noise is subtle. There are many factors impacting the limits and the perception of noise. The sound in discotheques, for example, is often perceived as less annoying than traffic noise, at least by young people.

The properties of sound waves are characterized by sound pressure and frequency. The perception of loudness does not increase linearly with the sound pressure, but degressively. This degressivity is very similar to the curve of the decadic logarithm.

When improving a noise situation, one always has to start with the dominant source or with the decisive weak point in the insulation. This is explained by the necessary logarithmic addition of the noise sources. I have given explanations and calculation examples with a nomogram in special knowledge-pages in [1], but also in [2]. It will not be repeated in this short article. But you can remember as extended general technical knowledge:

The human ear does not detect all frequencies equally. While the hearing range is between approx. 16 and 16,000 Hz, the hearing is particularly sensitive between 500 and 6,000 Hz. Details, embedded in a volume-frequency diagram, are very well described in the Duden Physik [3].

There has been no lack of attempts to depict this frequency-dependent behavior of the hearing in such a way that it is possible to work with an overall value for the sound that is useful for comparisons, contracts, standards and technical specifications. N-curves, Phon, etc. are almost terms from technical history today, while the so-called A-weighting that emerged in the USA has established itself. Each frequency is added up with a correction value according to the curve in Figure 1. Note that the correction values are mostly negative. This actually leads to a reduction in the level values. In the low frequency range, there are relatively large deductions from the actually measured sound pressure level due to the poor human hearing in that range.

In connection with the A-weighting, the following indices are important for clear identification:

We should pay attention to the correct labeling of the levels in our work.

Even if it is good to have an internationally recognized comparison, one should know that each ear is individual and that the deduction is a bit high, especially in the low frequency range, at least in the case of the noise levels normally present on the railroad.

Screeching or squeaking in curves is a particular problem, particularly in the tight curves typical of local rail traffic such as trams. It mainly arises on the inner wheel. The following technical legend is told: In a Munich luxury hotel, the night porter had the task of pouring a bucket of water onto the inner rail of the curved track in front of the hotel when a night tram approached. When the sliding properties changed, the squeaking was obviously eliminated.

Curve screeching occurs in tight curves when the conical shape of the wheels is no longer sufficient to compensate for the different paths of the inner and outer wheels with pure rolling (see [1] – Knowledge pages for rail vehicle technology). Since the wheels adhere to the rail to a certain extent due to friction, the wheel is deformed like a spring and then, when the static friction at the point of contact is no longer sufficient for the fixation, snap back. This process (also known as the stick slip effect) is repeated a few hundred times per second, so that an audible, squeaky noise is created at the frequencies in which there are resonances with the mechanical systems.

A second component of the noise occurs when the outer wheel hits the rail. Good wheel flange lubrication can help here. In my experience, this occurs less often with trams, and apparently it did not play a role in the technical legend told above.

I once had a very uncomfortable experience of screeching around bends. It was not until several months after commissioning that new vehicles for the Trogenerbahn (now part of the Appenzeller Bahn, Switzerland) began to make ugly screeching noises in curves. Of course, the media picked up the issue. Getting out in public like this was one of my few really unpleasant experiences in my more than 40 years of professional life. To find the cause, we used the acoustic camera of the Society for the Advancement of Applied Computer Science (gfai tech GmbH Berlin) [2], [4], among other means. Fig. 2 shows the dominant sound radiation of the rail in a range of a few meters in front of the first wheel. The installation of rail conditioning brought permanent relief [2] for this phenomenon. In the case of rail head conditioning, surface-active liquids or pastes are applied. If good products are used, the wheel-rail coefficient of friction is not reduced, or at least not significantly reduced. For this reason, the previously common but misleading term “rail head lubrication” should be avoided.

More pictures on the use of the acoustic camera can be found in the gallery of this article and on www.acoustic-camera.com.

Split wheels are state of the art in trams. A rubber element is placed between the wheel disc and the wheel flange to decouple vibrations (Fig. 3). This prevents the penetration of the sound waves into the wheel disc, which is would radiate the sound even more. It was hoped that this construction would avoid the screeching of curves, but this did not always succeed. Split wheels are substantially heavier than monoblock wheels. This is quite a challenge for trams where lightweight construction is particularly important. I had, however, decided not to install sound absorbers on the wheels at the outset of the project. Such absorbers are also available for the wheel flanges, but again require considerable additional weight that on top is unsprung. After the experience I have described with the Trogenerbahn, I have ensured easy retrofit of sound absorbers on the wheel flanges for later projects by providing the corresponding threaded holes for fastening.

Note: During the 18th International Rail Vehicle Conference in Dresden (September 22-24, 2021), GHH Bonatrans and Vibratec SA Ecully (France) will give a lecture on the development of railway wheels with good acoustic properties. The rolling noises, ground vibrations and the screeching of curves are included in the investigations.

Another lecture reports on a solution with which the tendency to screeching in curves in the relevant application area can be determined in the planning phase of a chassis. Based on my experience, I am somewhat skeptical about predictions in these extremely sensitive processes, but of course I am still extremely interested in what is offered in detail. I will report on the conference in Urban-Transport Magazine.

Common sense tells us that noise mitigations should be arranged as close as possible to where it originates. The grass track, which is often used for tram networks, is a good example of this. There is no other way of bringing a sound-absorbing surface as close to the traction motors and chassis as with this technology. While researching this topic on the Internet, I found a very interesting article by Jahn [5]. He reports from experience that better acoustic effects have been achieved with high-lying vegetation than with a construction method in which the grass surface is arranged lower. That fits the principle outlined at the beginning: Noise protection as close as possible to the source!

Since the trams usually do not travel that fast, the noise from the auxiliary systems such as cooling fan and air conditioning contribute significantly to the noise emissions. The fan speeds should be regulated according to the thermal demand. An efficient fresh air control based on the actual number of passengers not only reduces the energy consumption of air conditioning systems but can also reduce noise emissions. It is essential to avoid that the fans first work with the maximum speed when starting up the vehicle before the control systems are live and carry out a reduction. This is especially important in the evenings, at night and in the early morning. The residents will also feel this way: The noise will awaken them!

Soon, in the second part of this topic, I will deal with issues that primarily affect mainline railways. I will report on the sound radiation from wheels and rails, on rail maintenance and noise barriers.