Bombardier’s Flexity from Vienna on test in Graz 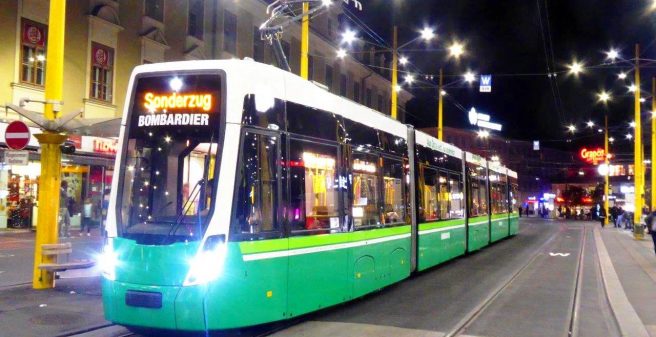 GVB Grazer Verkehrsbetriebe is preparing the next tender for 15 low-floor tramways. Bombardier, already supplier of the first 18 low-floor trams of the „Cityrunner“ model in Graz in 2000-2001, send one of its „Flexity“ trams of the most recent deliveries to Vienna for testing to Austria’s second biggest city Graz. Tramway number C 306 arrived at depot Steyrergasse on 15 October and is already undergoing test rides on the entire network. The tramway received adhesive film in green color which resembles the former Graz livery used on the tram cars several years ago.

It will be interesting to see if other suppliers will also send vehicles for test purposes to Graz.

The rolling stock of Graz’ tram currently consists in the following vehicles: