France predicts a drastic shift away from public transport 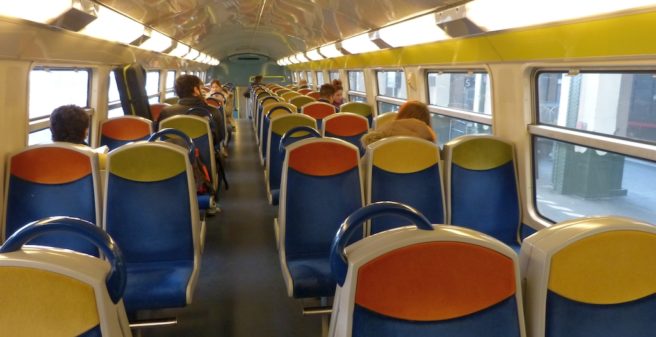 Will the Parisian RER Rapid transit trains be empty? I © Reinhard Christeller

The “Observatoire de la mobilité” has been publishing a study of traffic behaviour for seven years now and in its latest study forecasts that Covid-19 will massively and above all for a long time discourage users from riding their accustomed metros, buses and trams. This is the result of a survey of 1500 people living in cities with more than 50 000 inhabitants: 30 % of regular passengers do not want to use public transport any more or to reduce its use after the Corona crisis. 19 % want to walk, 8 % by bicycle, 2 % by scooter, but motorised private transport should also increase: 16 % want to drive their car and 2 % a motorbike. These figures also include the 13 % of people who want to increasingly use public transport in the future for reasons of comfort and environmental protection.

In large cities, especially Paris, this will lead to a traffic collapse: if only 10 % of users of metros, RER and suburban trains in the Ile-de-France region were to switch to the car, the study shows that this would lead to 40 to 80 % more traffic on the already congested roads to Paris.

The public transport sector, which provides 260 000 jobs, has already lost around €2 billion in revenue in the first phase of the Corona measures, and local authorities have lost €1 billion in tax revenue from mobility payments by companies.

Can public transport regain people’s confidence? The scientific data say that the risk of infection in public transport is low. Not only a report by Santé publique France confirms this, but also the work of the American Public Transportation Association, Oxford University, the British Rail Safety and Standards Board and the University of Boulder, Colorado.

However, the study also points out that public transport emits a fraction of CO2 per passenger kilometre than private cars, namely half as much for diesel buses and sixty times less for metros and trams. The crisis could also be an opportunity to rethink the mobility offer in France. In the long term, the increase in teleworking could lead to a change in the structure of settlements and thus to a relocation of public transport services to the countryside. Active mobility (cycling, walking, etc.) in urban centres would contribute to this.