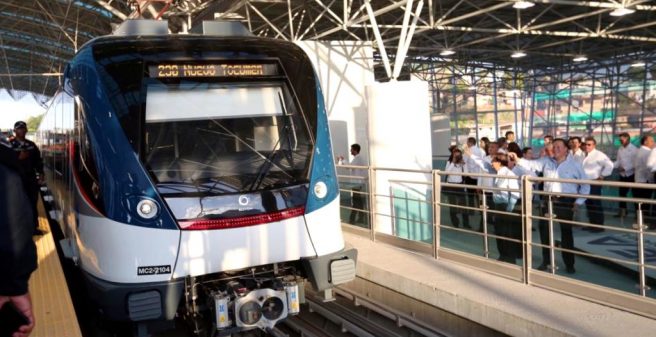 The new line 2 entirely runs on elevated alignment while around half of the existing 15 km line 1 is underground. An initial opening to the public in “trial mode” took place in January 2019 over a 5-stops section of the new route. 21 new five-car trainsets have been supplied by Alstom from their Spanish production facilities near Barcelona. The trains are very similar in design compared to the trainsets of line 1.

Further extension plans of the metro network include start of construction of new route 3 shortly as well as a further extension of line 2 on the other end. By 2040 a network of five metro lines plus a shuttle route to the international airport is planned. In addition, a network of three low-floor tramy route is also part of the infrastructure expansion plan.