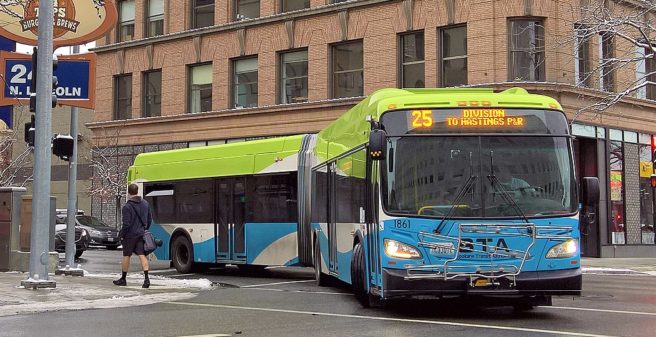 Spokane Transit Authority (STA) in the east of the US state Washington has selected INIT to implement an account-based and contactless fare system for the seven-city region the public transport provider services. The contract calls for a back-office revenue management system, contactless fare validators, and a mobile app from HanseCom, a wholly owned subsidiary of the INIT Group. This allows for one-stop services offered by INIT. For HanseCom, it is the first US contract.

INIT will equip STA buses with 354 contactless fare validators and install another 33 fare validators at locations throughout the region. Once fully installed, the new fare system will enable all-door boarding and revolutionize Spokane’s transit customer experience by providing real-time account-management and fare processing, as well as the opportunity for customers to instantly add value to their account and use mobile devices to purchase tickets.

INIT’s back-office revenue system MOBILEvario will serve as the core intelligence for the new account-based system, automating reconciliations and processing fare transactions in real time. INIT’s open architecture design will allow STA to integrate both new and existing partners easily. The smart fare system will be integrated with STA’s college and university program.

Rollout of the core system will follow an aggressive 18-month timeline and is slated to coincide with the launch of the City Line, STA’s new Bus Rapid Transit line opening in May of 2022. STA is looking forward to having the new system live.