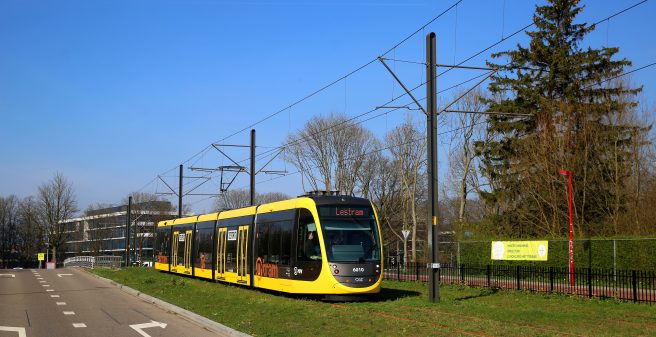 The municipal authorities oficiallly announced the opening of Utrecht’s new tramway Uithoflijn for 29 July 2019. The date has been changed several times in the past, the original date 7 Juny 2018 had to be postponed to December 2019 due to various technical problems. But finally work progress was faster than expected, test rides started already several months ago.

At Utrecht Centraal there will be a direct connection to anther light rail line: Utrecht was one of the first cities in Europe to reintroduce a completely new light rail system already in 1983. This route runs entirely on its own right of way and has high platform stops. It runs from Utrecht Centraal to Niewegein and branches off into two separate sections to Ijsselstein Zuid and Niewegein Zuid. After having taken the decision to built the new Uithoflijn as a new low-floor tram system, a little later the authorities decided to rebuild the existing Niewegein route also to that design. This will allow for through running and direct connection in the future. Niewegein lines 60/61 will be converted to low-floor aligment during the summer holiday break in 2020 – something which seems quite optimistic even considering that some preparatory work has already started.

27 new CAF tramways of the URBOS model were supplied to Utrecht since 2016. They are 33m long, 2,65m wide, have four doors on each side and are 5-section bi-directional tramways. For the Niewegein lines 22 similar trams have been ordered, but these are 41,2m long and have 7 sections. The first vehicles was delivered to Utrecht in early June 2019 and is now undergoing test runs at night. All can run as coupled units. Combinations of 5-section units and 7-sections units are also possible. If everything goes right, we will see the opening ceremony to Uithof on the 29 July 2019!

A map of the new Uithoflijn can be found at:

and a complete system map at: