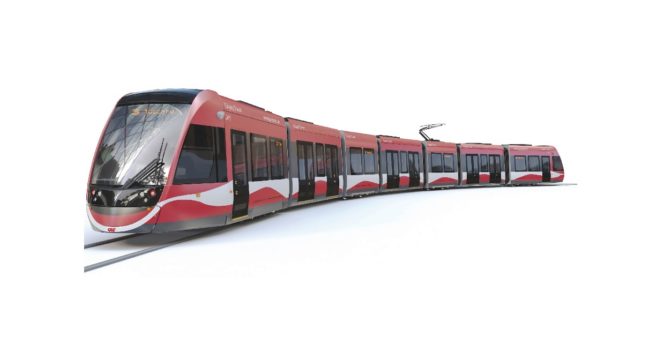 In 1981 Calgary was the second North-American city to built a modern light rail system (after Edmonton in 1978), and now, 40 years later, the final decisions have been made to introduce a modern low-floor light rail system in the city. The new „Green Line“ is to be built in two stages, and will eventually serve 29 stops over its entire length of 46 km. Funding in the amount of EUR 3.4 bn for this – by any means – large-scale infrastructure project has been assured by Federal Government of Canada, the Province of Alberta and the Municipality of Calgary.

The first 20 km of the new service are to scheduled to open as stage 1 by 2027, connecting Shepard in the south with downtown Calgary. Stage 1 itself is divided into two phases: Phase 1 between Shepard and Eau Claire is 18 km long with 13 stops, phase 2 adds another 2 km and 2 additional stops between Eau Claire and 16 Ave North. 1 km of elevated track between 26 Avenue S.E. station and Inglewood/Ramsay station and a 1.5 km tunnel section under Beltline and Downtown (6 Street S.E. along 11 Avenue to 2 Street S.W. at the planned Eau Claire Promenade) are included. In the city center the new line will connect with the two existing high-floor light rail lines („blue“ and „red“) which were opened in different stages between 1981 and 2014 and have a combined length of 62 km. Both are operated by Siemens high-floor light rail vehicles.

The City of Calgary has selected Spanish manufacturer CAF to supply 28 low-floor light rail vehicles of the well-known URBOS model. The contract consists of the design, manufacturing and commissioning of 28 LRVs, including the delivery of depot parts, special tools and testing equipment, as well as the TSMSSA service (Technical Support and Maintenance Spares Supply Agreement). An option for further 24 LRVs and extending the term of the TSMSSA service is part of the contract. Accordingly, the volume of the contract, including the base contract and all additional options, could amount to almost EUR 300 million. The URBOS vehicles will have 7 modules along a length of its 42 metres. They have a capacity to carry 288 passengers, 73 of which will be seated.

Just a few days ago, the city of Edmonton had announced the purchase of 40 low-floor light rail cars from Korean manufacturer Hyundai Rotem for 14-kilometer Valley Line West LRT project to be completed by 2025.