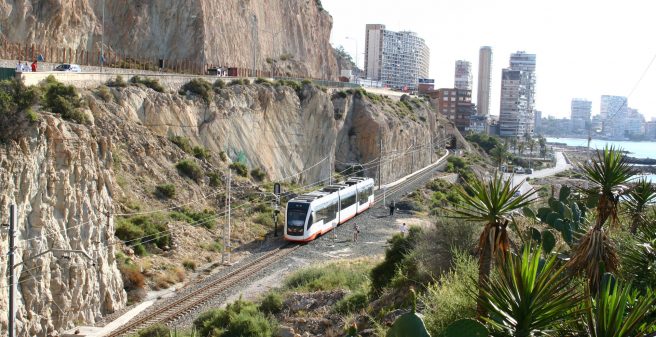 In Alicante in Southern Spain the new 1.4 km long, double-track tunnel section between La Isleta and Albufereta along the Mediterranean coast under a massive rock mass started public operation on 18.12.2018. It replaces the previous single-track section, which led directly along the water. Eliminating this bottleneck opens up the chance to significantly increase frequencies on the routes to Benidorm, Playa San Juan and Albufereta. In April 2019 the previous single-track layout was also changed and the second railtrack put into operation. TramTren line 1 and tram lines 3 and 4 operate here. Construction work of the tunnel had started almost 10 years ago, but the financial and economic crisis interrupted the construction progress several years – only in 2017 the works started again. The meter-gauge TRAM Alicante is operated by the regional railways of the Valencia region, the Ferrocarrils de la Generalitat de Valencia (FGV), which also operates trams and the metro network in Valencia.