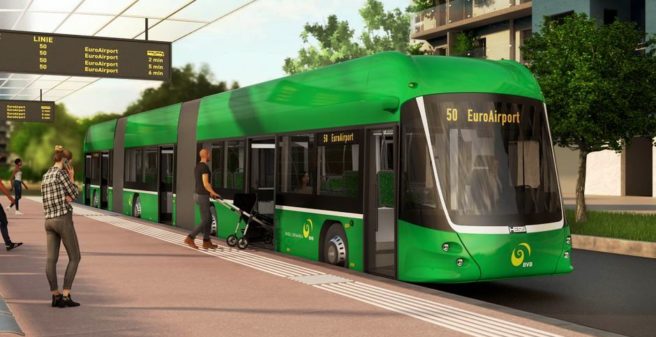 BVB Basel, the public transport company of Switzerland’s north-westernmost city on the Rhine in the tri-border area between Switzerland, France and Germany, prepares itself to convert the entire bus fleet to electric buses by 2027. Orders for 62 electric buses have now been officially announced – when they are all in service by 2023, 40% of the Basel bus fleet will have been converted to electric traction.

In detail, BVB has ordered:

They have a battery capacity of 132 kWh and use a maximum charging power of 450 kW via pantograpfh. They can be recharged on the line (opportunity charging) as well as overnight at the depot via a combo plug. They will be used primarily on Basel’s airport line 50.

BVB Basel’s plans to purchase another 64 electric buses by 2027; by then there will only be electrically powered buses in the city on the Rhine.

The electric buses will require major modifications to the Rank depot (garage).