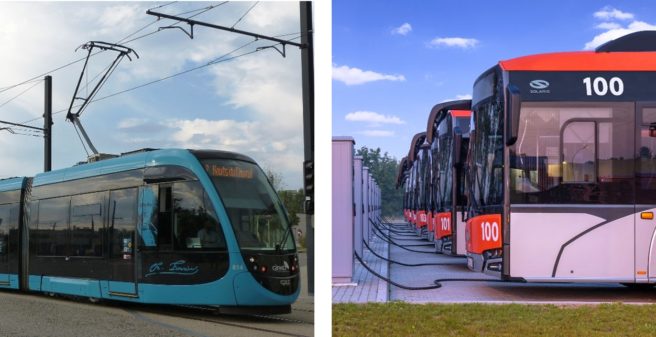 The Spanish company CAF, based in the Basque city of Beasain, is increasingly focusing on all areas of urban passenger transport. In 2018, for example, it acquired the Polish bus manufacturer Solaris, thus complementing its range of metro, tram and light rail vehicles. In addition, it is active in the field of signalling and maintenance and is also a provider of turnkey solutions for urban transport. In the first half of 2020, although low due to the crisis, the order intake for Solaris buses of € 305 million, just exceeded that for urban rail vehicles of € 294 million.