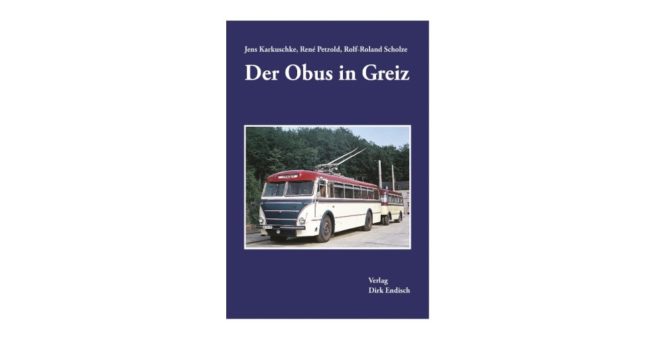 The three authors of the book describe the 24 years long history of this small Eastern-German trolleybus system which lasted from 1945 to 1969. It comes as a real surprise the amount of details and the number of photos which are included – fruit of many years of research and collecting.

The system was built during the war but could only be completed and eventually inaugurated some months after the end it in September 1945. It was the first opening of a new trolleybus in Germany after the end of WW II, and the development reflects the difficulties and the ups and downs of the political and economic environment of the GDR during its first two decades in a very typical way.

The book is full of details and interesting features. It is well produced and the reproduction of the photos is outstanding. A detailed network map is also included.