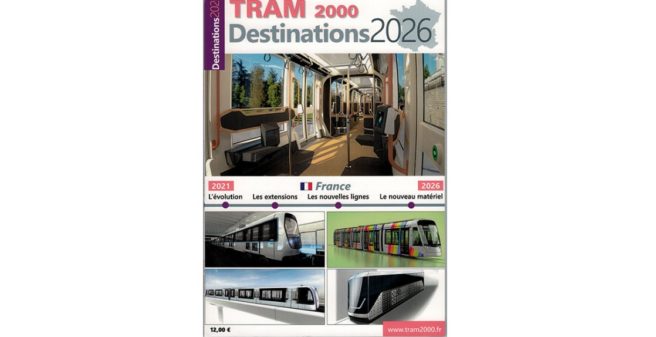 The speed of development in the construction of new tramways in France has calmed down a bit, but that does not mean that there are not plans and also construction in many cities. However, this only concerns places where there is already a tramway, there are probably no more new cities after the project of converting the electric track bus service in Nancy to a real tramway was overturned by the politicians.

The brochure compiled by the editors of the Belgian local transport magazine “Tram 2000” describes the expected additions to the networks for the next five years. For this purpose, all the companies are listed in alphabetical order and almost always with a clear map showing the planned new routes. Mention is also made of the tramway in Geneva, Switzerland, which is also putting out feelers into the neighbouring country. Finally, there is also a map for the Paris area showing all the railway lines in their geographical location. As is customary in France, the “Tramways sur pneus” in their various forms are also included.

This extremely useful publication also makes clear to what size individual networks, which once started small, have grown. One can become envious if one compares it to Germany, where hardly anything is finished and if so, then with delays and sometimes considerable cost overruns. The content is accessible even without knowledge of the French language, so get it if you are interested in the topic.