Germany to become the international number 1 in autonomous driving 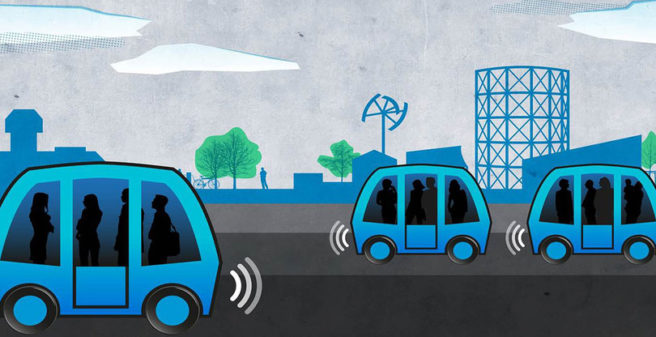 Germany is to take a leading role in autonomous driving. In order to make the most of the great potential of autonomous and connected driving, the Federal Government wants to drive research and development forward and thus make the mobility of the future more versatile, safer, more environmentally friendly and more user-oriented. In addition to autonomous cars, this also includes autonomous buses and shuttles. The latter have already been in trial use in several German regions for several years – but so far only with a speed limit of 15 km/h and only with operational support.

The Federal Ministry of Transport and Digital Infrastructure is working intensively to further improve the framework conditions: On 21 June 2017, the Act on Automated Driving (Eighth Amendment to the Road Traffic Act) already came into force. The core of this was changed rights and obligations of the vehicle driver during the automated driving phase. This means: automated systems (level 3) are allowed to take over the driving task under certain conditions. A driver is still necessary, however, who is allowed to turn away from traffic events and vehicle control in automated mode.

“Today we are taking a giant step towards the future: the Bundesrat has passed our law on autonomous driving. This clears the way for self-driving vehicles to be put on the road as a matter of course – as the first country worldwide. We are setting international standards. We are still one step ahead of technical developments. But I can also see from the many funding projects how quickly the manufacturers are making progress in turning their visions into reality. I am certain that we will soon see autonomous driving. With our new law, we are ensuring that Germany is number one in this field.”

Now comes the next step: With the new law on autonomous driving, a legal framework has been created so that autonomous motor vehicles (level 4) can drive in regular operation in defined operating areas in public road traffic – and this nationwide.

Flexibility is at the forefront of the law: the operation of driverless vehicles is made possible for a maximum number of application scenarios. Only locally limited to a defined area of operation, the various use cases are not conclusively regulated in advance. Individual permits, exceptions and conditions, such as the presence of a safety driver who is always ready to intervene, are thus unnecessary.

The application scenarios include:

The law newly regulates the following matters, among others:

At the same time, the automotive industry should intensify its efforts for autonomous driving. As agreed at the third meeting of the “Concerted Action Mobility” on 08.09.2020, the industry wants to consistently use the testing opportunities in Germany to make automated and autonomous vehicles “tangible” – especially in rural areas.

The Federal Ministry of Transport and Digital Infrastructure will evaluate the effects of the law after the end of 2023 – in particular with regard to the developments in the field of autonomous driving in the meantime and the updating of international regulations as well as the compatibility with data protection regulations. The German Bundestag will be informed of the results.

The law on autonomous driving is a transitional solution until harmonised regulations are available at the international level. With a view to harmonised markets and standards, Germany has a great interest in the creation of higher-level rules. The Federal Ministry of Transport and Digital Infrastructure will work resolutely to further develop the legal framework at EU and UNECE level.

Germany is already an international innovation driver: thanks in part to German initiative, the Level 3 lane-keeping system (ALKS – Automated Lane Keeping System) up to 60 kilometres per hour on motorways, which can be used in traffic jams, for example, was adopted at UN level. Extensions to the UN regulation on ALKS are currently being worked on, also with active German participation. The aim is to enable a speed extension up to 130 kilometres per hour and the lane-changing capability of the system.

The timeplan is as follows:

Now the bill will be executed by the Federal President and promulgated in the Federal Law Gazette. This means that the law could enter into force within the next few weeks.

The draft law can be accessed here.