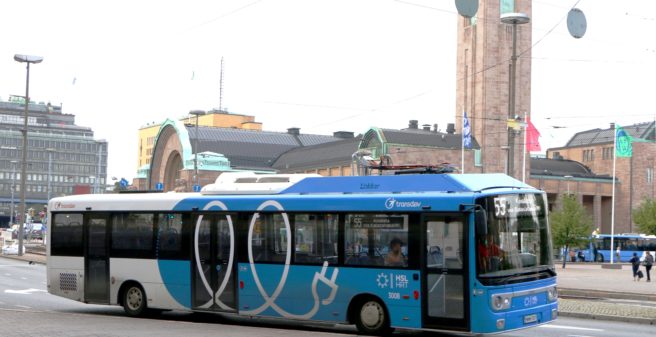 On 28 February, Linkker Oy based in Lathi/ Finland, filed an application with the Päijät-Häme District Court for the initiation of a corporate restructuring process. On April 8th, the district court announced its decision on this subject, which was then announced in a press release by Linkker’s CEO Sten Stockmann. Based on the court verdict, the restructuring process can begin in order to ensure the company’s future operations. According to the press release, this restructuring effort will encompass a limitation of the current product range of electric motors, batteries and electronics. In addition, any manufacturing of electric buses will be put on hold.

Linkker’s first ebus was developed in 2011 by VTT, the national technical research centre of Finland, as part of a project on electric buses and eBus systems, with lightweight construction elements and the powertrain from Linkker.

The Linkker 12 LF model (also referred to occasionally as the “Linkker 132” ) was offered in two versions. One version had an LTO battery (optionally with 60 kWh or 90 kWh), while the other was offered with an NMC battery (optionally 127.5 or 170 kWh). The autonomous range of both versions was up to 150 kilometers. With fast opportunity charging during the service, up to 500 kilometers per day are possible. The company mentions an average consumption of less than 1 kWh/km, while in Turku the electric buses consume only 0.9 kWh/km all in. The buses are 12.8 m long, 2.55m wide and have a net weight of 10.3 t. The electric engine of 180 kW at 7,500 Nm is supplied by Finnish company Visedo.

Linkker only produces full-electric buses for the municipal transport companies of Helsinki, Espoo and Turku; the northern Swedish city of Lulea is also one of its customers. In the Finnish capital Helsinki, twelve Linkker e-buses with roof-mounted pantographs are in service on line 55 since 2017 and they proved to be very reliable. Linkker ebuses were also been tested in cities like Copenhagen (DK), Hertogenbosch (NL) and Berlin (D).